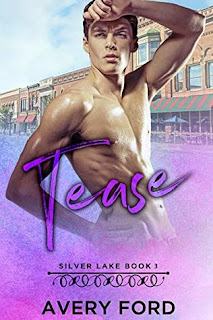 Trenton Lewis is not gay. He's not friends with Scottie Chambers. He's definitely not falling in love.
Trenton Lewis never set out to be the most popular guy around. He’s not afraid to take a stand, even if it sometimes feels like the whole town of Silver Lake is against him. It’s never bothered him to be an outsider, though. He’s managed to take care of the family business and the family home that’s been handed down to him, and he’s done it all on his own terms. The only thing missing is a family to share it with.
Scottie Chambers knows what he wants in life. And for the most part, he has those things—great friends, a thriving business, and a new puppy who makes his heart melt. Sure, he eventually wants to settle down and get married, just like all of his friends seem to be doing, but he’s patient and he knows his time will come. What he doesn’t know is that it’s going to come in a way he never expected.
Trenton and Scottie aren’t exactly friends. With competing businesses right across the street from each other, they were never really going to be on great terms. But when a tragic event brings them together unexpectedly, they realize they might just have more in common than not.
When it comes time to make some tough choices, will they be able to set aside their differences, or will they sabotage the first real chance at love that either of them has ever had?
Tease is a steamy, standalone gay romance novel, with a happily ever after ending and no cliffhangers. It is set in the same world as Triumph and Trust and can be read as a standalone, though you may want to read then first to acquaint yourself with the world!

Avery Ford's Tease is the third book in the Silver Lake series.

Trenton and Scottie are business rivals who are situated across the street from each other. And they certainly aren't friends. But, Scottie's new dog ends up bringing them together in ways they never expected.

As they start spending time together, Trenton finds himself relaxed and wanting to get to know Scottie. It's beautiful to see the trust he has in the man, as he wants to open himself up for once.

Their past is one of making assumptions instead of getting to know someone. Now, as they get to know each other, they realize that they were wrong, and the other man is nothing like they expected.

One of my favorite things about this romance is that Trenton has never been with a guy before. I adore his new found feelings, and his experiences as he explores this new side of himself.

Of course, it's not all smooth sailing for these men, as they have some major disagreements and Trenton does not get along with Scottie's friends. It adds the perfect amount of angst, and leads towards some good personal growth.

Tease is a fun and sweet enemies to lovers story that includes some realistic and fun firsts. I definitely recommend this small town romance by Avery Ford.

Email ThisBlogThis!Share to TwitterShare to FacebookShare to Pinterest
Labels: 1st time, 4 Stars, A Ford, coming out, Enemies to Lovers, virgin