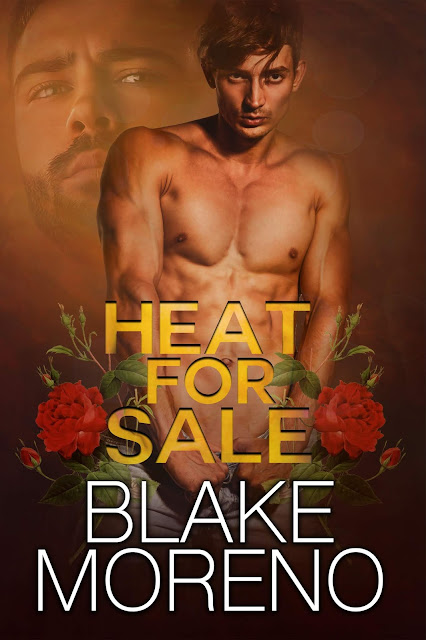 Buy Links: Amazon US | Amazon UK - Exclusive to Amazon and on Kindle Unlimited

Heat can be sold but love is earned.


In a world where omegas sell their heats for profit, Adrien is a university student in need of funding. With no family to fall back on, he reluctantly allows the university's matcher to offer his virgin heat for auction online. Anxious, but aware this is the reality of life for all omegas, Adrien hopes whoever wins his heat will be kind.


Heath—a wealthy, older alpha—is rocked by the young man's resemblance to his dead lover, Nathan. When Heath discovers Adrien is Nathan’s lost son from his first heat years before they met, he becomes obsessed with the idea of reclaiming a piece of Nathan.


Heath buys Adrien’s heat with only one motivation: to impregnate Adrien, claim the child, and move on. But their undeniable passion shocks him. Adrien doesn't know what to make of the handsome, mysterious stranger he's pledged his body to, but he’s soon swept away in the heat of the moment and surrenders to Heath entirely.


Once Adrien is pregnant, Heath secrets him away to his immense and secluded home. As the birth draws near, Heath grows to love Adrien for the man he is, not just for his connection to Nathan. Unaware of Heath's past with his omega parent and coming to depend on him heart and soul, Adrien begins to fall as well.


But as their love blossoms, Nathan's shadow looms. Can Heath keep his new love and the child they've made together once Adrien discovers his secrets?

Blake Moreno is an alternate pen name of the author Leta Blake.

Email ThisBlogThis!Share to TwitterShare to FacebookShare to Pinterest
Labels: B Moreno