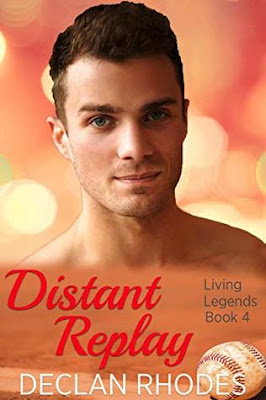 The third time’s a charm. It has to be when you get a second try at a second chance.
Baseball brought Andy and Zane together for the first time eight years ago in San Antonio, Texas. Neither played the game, but instead, they cheered for the big league RoadRunners dancing on top of the dugout and shooting T-Shirts into the crowd. After two summers of dating and dancing ended in an ugly breakup, neither expected to see the other again.
Spurred on by the encouragement of a golden moment with a big league pitcher, Andy attended an open tryout, and, against all odds, he was signed to play big league baseball. While he struggled in his third season, the Charlotte Yellowjackets made a leap of faith signing him to plug a gap in their outfield.
Zane left San Antonio to pursue a career in sports journalism. After one of his local pieces went viral, Charlotte’s legendary sportswriter Medford Post invited him to the city as a protege. Although the odds were slim, Zane also saw it as an unexpected opportunity for a second chance.
With the backdrop of a Charlotte Yellowjackets run for the World Series, Andy and Zane try to heal their past scars while building a relationship for the future. It’s not smooth sailing, and they need the support of friends and professional colleagues to search for their happily ever after.
Distant Replay is a 55,000-word second-chance baseball romance. It is book 4 in the Living Legends series and includes characters from all of the earlier books, but it can be read as a standalone story. The book includes steamy scenes and a guaranteed happy ending.

If you follow my reviews, you'll know I am a huge fan of sports romances, including Declan Rhodes' Living Legends series.

Former lovers, Andy and Zane, are reunited when Zane is brought to review Andy's baseball team. As they parted with some bad feelings between them, it takes them a while to warm up enough to talk to each other about the past.

Their story involves some confusion, some pain, and a whole lot of concern over how they could ever make a relationship work. We also get the joy of seeing other players from the previous books in this series, which is always a lot of fun.

One part I really enjoyed is the twist that is brought to Andy as he learns some new information about his family and his youth. It's unique and yet so very realistic.

Distant Replay is a great book for anyone who loves reading about athletes falling in love. As is typical for Declan Rhodes, the pace is fast, the characters are well written, and there's some great sexy moments included. Well done! I can't wait to read the next book.