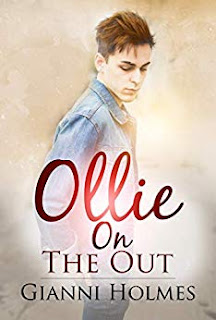 Roses are red
Violets are blue
I hate being touched
But not by you Drew
I had a normal childhood until my father caught me fooling around in bed with one of my male friends. Since then, I've been nothing but a disappointment for them. Leaving town always seemed like the answer, but even accomplishing that did not prevent the feeling of disconnect I have with the rest of the world. Until I meet Oliver Mattis.
Ollie has haphephobia, an irrational fear and aversion to being touched. If I hadn’t witnessed his body, broken and bruised, I would not have understood his meltdown when his father tries to comfort him. Almost two years later, Ollie’s still struggling to maintain relationships with even his family. His number one rule is that no one should ever touch him. I intend to follow that rule no matter how much I want to comfort him. Until one night his need outweighs the risks.
Ollie
For reasons unknown to me, Drew has appointed himself my protector. But all I see when I look at him is temptation, one I cannot indulge in. Not because he’s my father’s best friend but because I am terrified of his touch…of everybody’s touch. In therapy, I’ve learned a new trick that turns me into someone else. It’s mental. It’s deliberate, but for a couple of hours, I can be almost normal. Maybe, just maybe wearing this disguise, I can afford for Drew to hold me the way I haven’t been held in two years. My father forbids our relationship, but the intimacy Drew exposes me to is bittersweet. Will he understand my limits or push me away, especially as I make the tentative step of enrolling in Stonewell University?
Ollie on the Out is approximately 90k words. It includes tropes such as May/December and smalltown romance. Warning: This book follows the recovery of a sexually assaulted male character which may be triggering for some.

Ollie On The Out by Gianni Holmes is the follow up to Easy Does It Twice, in which I fell in love with Ollie.

When we catch up with Ollie, he remains that broken and lost young man who's afraid to be touched. And Drew, oh sweet and lovable Drew, longs to protect Ollie.

Their story is everything I was expecting, and more. There are gut-wrenching moments, moments that are so romantic and tender that you'll find yourself swooning, and inspirational moments of recovery and healing.

I am still completely enamored by Ollie, with his gender fluid outfits and moments. It is marvelous seeing the way Drew accepts this true side of Ollie and encourages it.

Ollie's a survivor in every sense of the word. But, it's with Drew's love and care that he's able to start accepting touch into his life again. It's exquisite the way he knows that a touch from Drew is one of love and tenderness instead of abuse.

And what a touch it turns out to be. Ollie and Drew have some scorching moments together!

In addition, there are just so many moments of beauty between these two men. How can you not love that Drew helps Ollie's world to make sense? And with Drew's help, Ollie can start opening up to others. It's loving and powerful.

The moments between Gordon and Ollie and so realistic, and so sad.

I love this book! Love it! Ollie On The Out is written so well, developed so well, and completely worth the read. Gianni Holmes has created an irresistible and memorable series with her Till There Was You series. I can't recommend it enough.