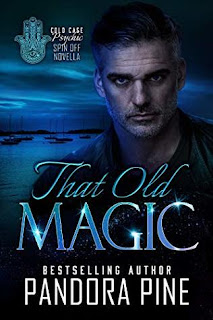 Boston Police Captain, Kevin Fitzgibbon thought he’d found the missing piece of his heart when psychic Madam Aurora prophesied the love of his life was philanthropist, Jace Lincoln. After spending months as on-again, off-again boyfriends, the pair are off again, perhaps for good, leaving Kevin distraught and grumpy.
Jace Lincoln is still trying to put his life back together after Fitz dumped him on Valentine’s Day. While getting back into the swing of things with a new man, a drunk Fitzgibbon barges in on their date like Godzilla destroying Tokyo. Listening to Fitz carry on about how much he misses what they had together makes Jace wonder if they still have enough of that old magic left to try one last time.
Through a series of dates ranging from ridiculous to right on the money, Fitz and Jace reconnect and find that the things keeping them apart might not be so insurmountable after all. Deciding to give their relationship another try, they start planning a bright future together.
That future is stopped dead in its tracks when tragedy strikes at a party celebrating the tenth anniversary of Jace’s homeless shelter. Will Kevin and Jace survive to begin a new life together or have they lost their last chance at happiness for good this time?

That Old Magic, a fun and flirty second chance romance, is a spin-off of the Cold Case Psychic Series by Pandora Pine.

Kevin and Jace have called off their rocky relationship, but Kevin is not happy about it. When they are reunited at a bar, both men start to reconsider things.

What follows is an entertaining chase by Jace to win his man back. And, of course, we get to catch up with all of our own favorite men from the series.

That Old Magic has the same entertaining and relaxing pace of Pandora Pine's other books.