Inside Darkness by Hudson Lin 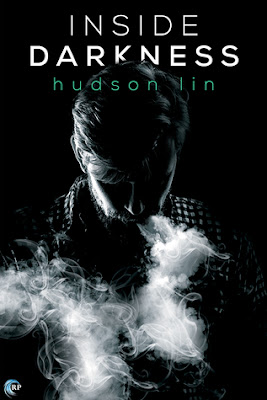 He’s come in from the field, but the darkness has followed him home.After a decade as an aid worker, Cameron Donnelly returns home jaded, tired, and with more than just a minor case of PTSD. Plagued by recurring nightmares but refusing to admit he has a problem, Cam quickly spirals into an alcohol-infused depression, and everyone around him is at a loss for how to help.Journalist Tyler Ang met Cam on a reporting assignment in Kenya, and their first encounters were rife with hostility and sexual tension. Back in New York, their paths continually cross, and each time, Cam’s brokenness reminds Ty more and more of his own difficult childhood. Letting Cam in goes against Ty’s instinct to live life autonomously, but the damaged aid worker manages to sneak past his guard.Their relationship is all sharp corners and rough edges, and just as they’re figuring out how to fit together, a life-threatening accident puts it all in jeopardy. If they want a future together, both will have to set aside their egos and learn to carry each other’s burdens.

Inside Darkness is just that, a look into the darkness that surrounds Cameron, as he's lost in his memories.

Cameron's been working in a refugee camp and it's slowly killing him. Not only is it tough to see all that he does, it's also getting more and more difficult for him to stay closeted.

We get a good glimpse into the horror of being gay in a place where homosexuality is not allowed. It's gut wrenching to know how cruel the world really is.

Cameron meets Tyler right before it's time for him to return home. After ten years as an aid worker, Cameron struggles to re-integrate into the real world. Without Tyler's help, Cameron won't survive. It's absolutely beautiful and emotional the way that Tyler's touch grounds Cameron and eases his nightmares. I love this part.

Cameron's story is one of healing, of strength. Cameron is an extremely complex character, who will only heal, and survive, with the help of the man he loves.

Overall, Inside Darkness is a story of a man who is completely broken and lost, after losing his innocence in the field. Hudson Lin has excelled in creating this fragile character. He's well developed and his story is an emotional rollercoaster. I am thrilled to have found this book.