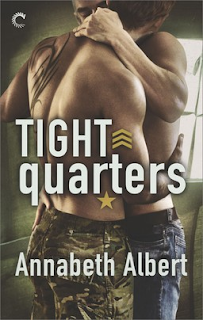 BLURB
Petty Officer Bacon, a navy SEAL and ace sharpshooter, has been on the front lines of more than his fair share of dangerous ops. Yet when a minor injury relegates him to the beta team, he’s tasked with what may be his riskiest assignment yet: the silver fox journalist he’s babysitting is the hottest, most charismatic man he’s ever encountered.
Award-winning journalist Spencer Bryant may have been named one of Pride magazine’s most eligible bachelors of the year, but he’s not looking to change his relationship status. He’s a consummate professional who won’t risk his ethics or impeccable reputation by getting involved with a source. Even a sexy-as-hell military man. But while Spencer can resist his physical attraction to Bacon, he has less control over his emotions—especially when the mission goes sideways and the two men are trapped alone.
Getting out of the jungle alive turns out to be easy compared to facing the truth about their feelings for one another back in the real world. And whether or not they can build a future is a different story altogether.
REVIEW - 5 Stars!
Tight Quarters by Annabeth Albert is a wonderful addition to her standalone Out Of Uniform series. As soon as I saw this book, I was excited to get the chance to read it.
Annabeth Albert creates such relatable characters. They are strong, yet vulnerable. She writes a realistic portrait of military life, and the brotherhood created within a unit. In Tight Quarters we get a vision of what a mission can be like, when it goes wrong, as well as the edict to always follow commands. Any slip from protocol can put the entire unit in danger.
Petty Officer Bacon, is a Navy SEAL and sharpshooter who is currently injured, taken out of active action and assigned to protect Spencer Bryant, a journalist who has been sent to Bacon’s unit to do PTSD research.
Bacon is pansexual, and is out to a only a few of his fellow SEAL’s. When tasked with protecting Spencer, he is hesitant for a couple of reasons. First of all, he’s aware Spencer is an extremely attractive silver fox and he doesn’t need the distraction. Secondly, he knows Spencer is openly, unapologetically gay, and he is actually concerned for his safety. He doesn’t want his unit to give Spencer a hard time, as he knows they will.
Neither Bacon nor Spencer are looking for love. Bacon considers himself a Navy SEAL through and through. Life wouldn’t be easy if he revealed his sexuality. Spencer, meanwhile, is wedded to his job. He has already been married once and knows he isn’t good at committing to both work and the sacrifices a relationship demands.
When a mission goes wrong, Bacon must lead Spencer to safety. As they are waiting to be rescued, they get to know each other more and flirting starts. Once Spencer is re-assigned, they continue their correspondence and romantic feelings develop. They are both content to spend time together getting to know each other better.
A favorite part for me was discovering Bacon’s feeling about androgynous looks. Any time I can imagine a strong military man wearing eyeliner or lace, I consider it a bonus!
One of the story’s main themes is PTSD and its tragic effects. Spencer hopes to spread awareness and help the people who suffer from it. He also wants his audience to understand the sacrifices and trials that special ops troops endure. There aren’t graphic descriptions of PTSD, but many references to the fact that it can result in suicide, a very real issue. The author does a fantastic job at tackling it with compassion, knowledge, and heart.
I love the relationship between these men, it is very romantic and emotional. In particular, I love when Bacon tells Spencer “‘All I know is that despite everything, I like being around you. It quiets my brain, and after the week I’ve had, I desperately need that.’” This is so open, honest, and raw that it is simply beautiful.
In another scene, Spencer is unable to voice his feelings, but thinks “Stay. Your laughter fills every hole in my soul. Stay in my bed, in my life, in my heart. Stay.” This kind of love is so strong and all-encompassing.
Another strong theme within the pages is how people figure out what is most important in their life. Is love more important than a job in which you have invested your life to succeed? Ms. Albert does a great job of tackling these internal conflicts and exploring the different roads which can be taken.
Overall, I love Tight Quarters. Annabeth Albert manages to write yet another amazing story of gay military men. It is written with precision and a depth of understanding. It is a fantastic read full of emotions and some hot scenes!

Email ThisBlogThis!Share to TwitterShare to FacebookShare to Pinterest
Labels: 5 Stars, A Albert, androgynous, may to dec, pansexual, PTSD, war