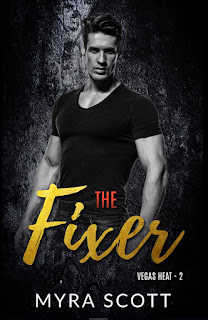 Rodney…
The rich and powerful in Vegas know me as “The Fixer.” I make problems go away and save their asses, no questions asked.
Ever since I stepped out of Harvard Law at the top of my class, it's been nothing but win after win, making a name for myself in Sin City like no other man could.
To make it to the top of such a cutthroat world, playing dirty is inevitable, and
sometimes people get hurt. One of those people was my classmate, the hunky, but off-limits Hudson North, who just showed up in court representing the plaintiff in one of my biggest cases yet ...and I can't keep my eyes off him.
Hudson…
My father was one of the most successful, and notorious, attorneys Vegas has ever known. I’ve worked like hell to build a practice of my own and escape his shadow.
A chance encounter at a conference, and the subsequent opportunity to finally come out
on top of my old college rival Rodney Barrington, will help to cement my reputation as “the Bulldog,” the fiercest lawyer in Sin City.
But what do I need more, revenge or to win this case? And can I survive the secret
I’ve been keeping?
***The Fixer is a steamy enemies-to-lovers romantic legal thriller featuring two smart, headstrong men trying to keep their cool in the blistering Vegas Heat. Guaranteed HEA and no cliffhanger.***

The Fixer is a great addition to the Vegas Heat series by Myra Scott.

It is a great Enemies to Lovers romance, with Rodney and Hudson who were college enemies, as Rodney hurt Hudson on his way to success. Now Rodney is living a happy life as head of the legal team for the Sentry Casino, while Hudson is a lawyer who's trying to get out from his father's shadow. When they first see each other again, the tensions are high.

If they didn't already hate each other enough, they end up as opposing counsels in a big court case, which becomes quite the complicated case. They both are out to win, but their hatred leads to some heat in the backseat. Neither knows where the attraction is coming from, wish it wasn't there, but can't deny it.

This story contains angry sex, a compelling court trial, mistrust, some big surprises and a wonderful HEA for these two men.

I definitely recommend The Fixer to any fans of enemies to lovers. The tension between the men was very well done and very well developed.