RELEASE BLITZ & REVIEW - A Dance For You by Colette Davison 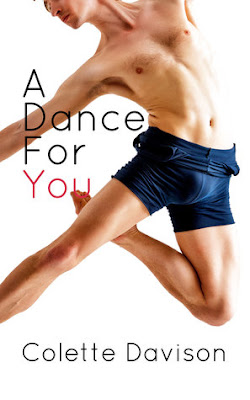 New job, new city: Mason hopes both will lead to him escaping burnout as a ballet dancer. Not living out of a suitcase anymore is a bonus. His new life gets off to a steamy start when he encounters his new neighbour, David. Things soon become complicated when Mason turns up for his first day at BalletEast, to discover that David is not only his choreographer but the man who inspired him to take up dancing in the first place.

With two divorces and a string of failed relationships behind him, David has no intention of promising ‘forever’ to anyone. But when he meets Mason, he falls hard and fast for the enigmatic young dancer. As David becomes more serious about Mason, he wants to open his lover’s eyes to the kinks that he enjoys.

Whilst the two men are navigating the early stages of their romance, Mason is facing immense pressures in the rehearsal studios that threaten to dampen his natural enthusiasm for life. Will David’s love and support be enough to help Mason continue to hold his head high and dance like he’s never danced before?


As Mason is moving into his new place, he meets his neighbor, David who offers to help him. Mason is instantly intrigued by the much older David. As both men are lonely, they spend some time together, hook up for the night and agree to be neighbors with benefits.

Unfortunately, the next morning they discover that they are going to be working together. Of course, they just can't stop seeing each other and eventually feelings start to get involved. I love this slow burn aspect of their relationship, and the way they openly declare that they love doing the mundane things together, as well as having sex.

I truly liked both men from the beginning.  Mason, who's open and self confident, is full of creativity, making him a natural leader. David is successful in his field and sees something special in Mason, which is a lot of fun. Their mutual passion for dance is special and connects them so well.

It also contains a jealous co-worker, some doubts, and some homophobic abuse. They also have to deal with their age difference, and the fact that they work together as well as sleep together.

Be warned though that this is a HFN story, as they only can't commit to loving each other now, neither promising the future. It still is a wonderful, feel good story though, as both men are happy to take things one day at a time and put the effort in to the present. 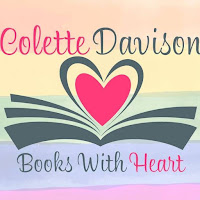 Colette’s personal love story began at university, where she met her future husband. An evening of flirting, in the shadow of Lancaster castle, eventually led to a fairy tale wedding. She’s enjoying her own ‘happy ever after’ in the north of England with her husband, two beautiful children and her writing.