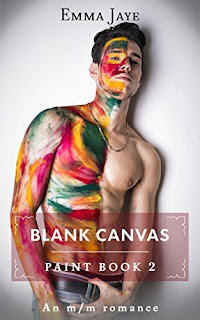 
Chris Bacon is dead. Long live Chrisander Baccioni?
Unable to walk or talk after a hit and run attack, Chris finds himself on the other side of the world with Jase in babysitting mode. Pity and betrayal, even if it was for 'his own good' wasn't something Chris tolerated from anyone, least of all from an ex-lover who was hanging around only out of a misguided sense of duty.
The barely breathing battered boy Kathleen Baccioni found in London clearly hadn't made an intelligent decision in his life, just like his dead mother. This was a chance to wipe the past away; to write a new chapter in the Baccioni dynasty. Chrisander was young enough to be guided and moulded into a shining public example of a modern business man, loving husband and father. It didn't matter if he was a mess in public, her protégé Stephanie would be running the company and their family anyway. The only fly in the ointment was Chrisander's annoyingly protective boyfriend Jason Rosewood, but a twenty something, dirt poor, ex-army sergeant couldn't possibly be a match for the owner of an international business empire, could he?
Blank Slate is the second book in the new dark M/M romance series 'Paint' from Emma Jaye. Scroll up to buy or borrow for free on Kindle Unlimited to start reading now.

Blank Canvas, the second book in the Paint Series, by Emma Jaye, picks up where Book 1, Optical Illusion, leaves off.

Chris is now injured, lost and confused, when his long lost grandmother shows up to care for him. Mrs Baccioni certainly has strong opinions, and is against Chris being in a homosexual relationship.

Mrs Baccioni doesn't know anything about Chris, and plans on making him the heir to the Baccioni fortune. Chris and Jase don't trust her, as she is trying to turn Chris into a good religious boy who will marry a good religious girl and take over the business.

When she takes him to her home, things get real crazy. In addition to dealing with the crazy grandmother, they also have tough physical therapy, a family friend who will do anything to break up Chris and Jase, the mystery of why Chris's mom left her home, sexual advances from an employee and more. Worst of all, Chris starts to believe that Jase isn't attracted to this new, scarred version of him.

Chris is an amazing character. He tends to bounce back from every bad thing that happens to him and he is completely upfront with people. As Jase says, '"Chris is never anything but real. He says what he thinks and thinks what he says."'

The drug issue is big again, as Chris is again faced with drugs being forced upon him. He resents this, doesn't want to end up like his mother, and again sees the appeal of letting the drugs take away his problems. This part is well handled, with care and sensitivity.

Blank Canvas is extremely well written, well developed, and will keep you reading late into the night. As much as I liked Book 1, Optical Illusions, I absolutely love this book and am thrilled to have discovered these little gems by Emma Jaye.