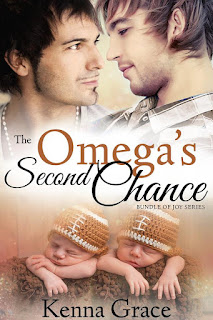 BLURB
“Two best friends reunite and discover they could be something more in this mpreg, gay-for-you, second chance romance.”
Cody
I left home a decade ago to get away from my crush on my straight best friend. Traveling the world helped me get over him, and now that I’m back to take care of my uncle, I should be immune. Except I’m not. I want him as much as I did before, but this time is different. This time, he seems as interested in me as I am in him, but how can that be when he’s straight? Soon enough, his baby is inside me, but that drives us apart instead of bringing us together.
Derek
Cody was my best friend, and I always ignored any feelings that were more than friendly. It was easy then, since I was about to marry my childhood sweetheart. In the years since, I’ve learned there’s nothing sweet about Heidi, weathered a divorce, and the loss of my NFL career. I’m home again and ready for something more. Cody is just what I want, but when he gets pregnant, I know it can’t be mine because I’m infertile. Aren’t I?


In Omega's Second Chance, Cody returns home after 10 years, to tend to his sick Uncle Pete, and finds himself reunited with his former friend Derek.

The town has changed a lot in the past 10 years, becoming busier, and more progressive. Cody can easily see the changes for Omegas.

Cody runs a travel and photography business, which allows him to work from anywhere for a little while, and allowing him to stay and help renovate his Uncle's house. Derek offers to help with the renovations, allowing them lots of time to catch up.

There is some sweet humor, including some fantastic titles for the Reality Tv Shows that the men watch!

Once they start up a romance, they have some things to deal with before they would be able to find a happy ending. There is a crazy ex, they need to figure out a way to match their plans, and they have to deal with some  misunderstandings.