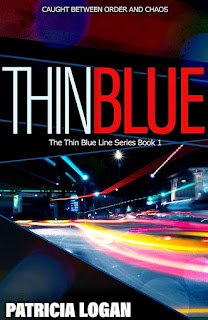 Detective Pope Dades is a veteran police officer working in the Hollywood division, one of the busiest police precincts in the country. Dealing with drug dealers, hookers, and mentally ill suspects on a daily basis is his stock and trade. He once loved his job with the LAPD but three years ago, he put his trust in the wrong man and he’s been paying the price ever since. Refusing to work with a partner after the first one nearly killed him, Pope is jaded, still hurting, and hanging onto the career he once adored by a thread. Homeland Security Investigator Felix Jbarra is a fresh-faced young agent with a bright future in the DHS ahead of him. Deeply closeted, Felix hides his sexual orientation from his huge Catholic family which brings him terrible guilt and grief. One night in a back-room nightclub encounter, he connects with a man who inexplicably makes him want to confess everything. Assigned to help shut down an elusive child sex trafficking ring, Felix instinctively knows he’ll need turn to the more experienced detective for help if he and his partner want to crack this case. In the first book of the brand new Thin Blue Line series, join Felix and Pope in this exciting adventure as their worlds collide on the mean streets and in between the sheets…Thin Blue contains a sneak peek at Order & Anarchy (The Thin Blue Line series Book 2)** Please Note**If you’ve read the Death and Destruction series, Lincoln Snow, McBride M. McCallahan, Jarrett Evans-Wolfe, and Thayne Evans-Wolfe also play ongoing roles in this new series. Never fear, Jarrett probably won’t be base jumping off any more buildings… probably.

Thin Blue, is a wonderful start of a new series, The Thin Blue Line, by Patricia Logan.

Pope Dades, a cop, is impulsive, hated by his homophobic co-workers, was betrayed by his ex best friend, and is in trouble for his actions against a suspected drug dealer. He is honorable, just tends to bend the rules occasionally.

Felix, meanwhile, works undercover for Homeland Security, and is extremely closeted due to his family's beliefs.

Pope and Felix, neither of whom were looking for more than a hook-up, end up feeling quite enamored with each other, and just feeling like they fit together. They work well together, are accepting of each other, and have some amazing chemistry together! However, they will need to fight quite a few obstacles if they want to be together.
This book contains compelling characters, some hot moments, and some great humor. It is loaded with action, suspense and intrigue that will keep you riveted.

I am thrilled to discover this new series by Patricia Logan. I can only hope the others will be just as remarkable as Thin Blue. Anyone that loves a good romance sprinkled with action and suspense needs to read this book.