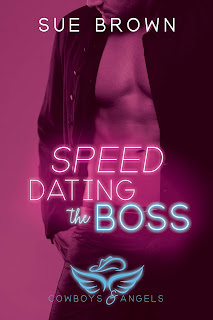 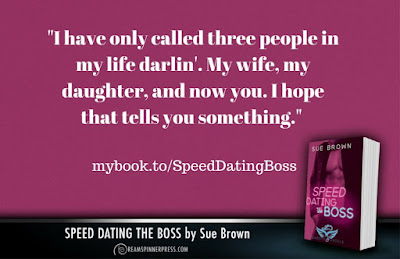 Buy Links
Publisher
Universal Amazon Link
Amazon US
Amazon UK
Blurb
Will a mix of privilege and blue collar be a recipe for love… or disaster?
Dan’s pretty satisfied with his job at the working-class bar Cowboys and Angels. He enjoys his simple life, his apartment, and his cat, but he could do without the fights that break out in the bar, his boss’s meddling daughter, Ariel… oh, and a brutal, unrequited crush on his straight alpha boss, Gideon.
When Dan’s friend prepares to tie the knot, everyone insists that Dan needs a date for the wedding. Before he can protest, Ariel arranges a gay speed-dating event at the bar with Gideon as a participant. The unforeseen revelation that Gideon is bisexual raises Dan’s hopes, especially when Gideon announces that he wants to accompany Dan to the wedding. Could Gideon really be interested in Dan?
When Dan needs someone most, Gideon offers his unconditional support, and with genuine commitment, he shows Dan the kind of man he really is. Teaming up to save the wedding from a hungover groom and intolerant parents, can Gideon convince Dan they’re the best match since beer and pizza? 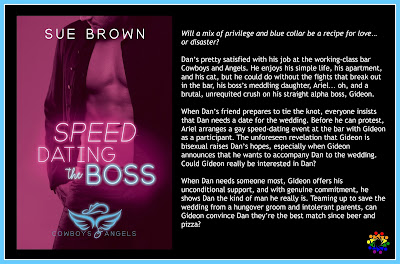 REVIEW My Rating - 4 Stars I wasn't sure what to expect when I started reading Speed Dating the Boss. I can honestly say I was pleasantly surprised by Sue Brown with this book. I find this story to be a sweet little May to December story. The way that Gideon reveals his bisexuality to Dan is unique and safe, which made so much sense for a man like Gideon. The book contains some crazy moments, some colorful and zany characters, and an interesting wedding day. I love these additions to the story, as they create a fun and entertaining world for these characters. The romance itself is simple, realistic, touching and romantic. I recommend Speed Dating The Boss, as it is both fun and romantic.

Excerpt
“INCOMING!”
At the shout Daniel Collins dropped to the floor. A projectile skimmed the top of his buzz cut and narrowly missed the bottles behind him.
“Quit throwing glasses at me,” he yelled, knowing he was wasting his breath and likely to get smacked in the mouth. It was futile. Everyone was too liquored up to pay any attention to the barmen cowering behind the thick mahogany bar.
That was their usual Friday-night entertainment at their favorite bar. Cowboys and Angels was a long established blue-collar bar, not a place for Wall Street suits or hipsters. Late afternoon, students came in search of jugs of cocktails and cheap beer. They vanished by early evening in search of music and dancing and left behind the construction workers and builders who came for the extensive list of draft beers and a chance to relax. On a Friday night, they’d get paid, arrive at Cowboys and Angels in time for happy hour, and drink with their buddies until closing. A fight was added entertainment. They’d throw punches with random glee, not caring where they connected. Then they’d go home, arms slung around the guy they’d been beating up ten minutes beforehand singing at the top of their voices.
So, Friday night as usual.
“They started early tonight.” Dan’s coworker Bradley ducked as a barstool went flying over their heads to crash into the fridge.
Dan cursed as the stool rebounded and caught him on the cheek. He was convinced he was going to end the evening in the ER, with stitches and a concussion. “Ariel’s in the bar.”
“Where the hell is Gideon? He’s supposed to keep her under control.” Bradley lobbed the stool back over the bar, not caring where it landed. From the pained grunt, he could tell it made contact with someone.
“Get him down here,” Dan ordered.
Arms over his head, Bradley crawled along the bar to the phone and dialed the boss’s number. “Boss, get her out of here now, or you won’t have a bar left.” He nodded at Dan. “He’s on his way.”
That was one of the things Dan appreciated about his boss—no questions, no discussion, just action. His daughter, Ariel, was like that too, except she was normally the center of all the trouble.
Time to shut the fight down before it got out of hand—more out of hand. Dan grabbed the baseball bat tucked behind the bar, sent up a quick prayer that he wasn’t about to get glassed, and got to his feet.
“Stop!” he yelled it at the top of his lungs, honed by years of practice. For a moment the action continued. A bottle crashed by his ear. “Cut it the fuck out,” he yelled again, feeling the sting in his other cheek. “The next person who twitches a muscle gets banned for life.” The occupants of the bar froze as though Dan had hit Pause on the remote control.
“Sorry, Dan.”
He didn’t know who made the muttered apology, and he didn’t care. Nobody moved a muscle. Their attention was fixed on the baseball bat Dan was smacking into one hand. So far Dan had never had to use the bat, and he intended to keep it that way. Dan saw a movement out of the corner of his eye and swung around, bat ready for action. Then he relaxed at the sight of the tall figure. “Boss.”
“Good job,” Gideon drawled.
Dressed in a tight black T-shirt with the blue Cowboy and Angels logo and jeans that molded his ass, he stood like a giant in the middle of the destruction. Originally from Texas, at six foot five, Gideon was two hundred and fifty pounds of solid muscle. Despite being ten years older, he could bench-press Dan—and had—without breaking a sweat. There were men there who made Gideon look small, but they all listened to him. Not for the first time, Dan wished he had Gideon’s physical presence.
Gideon picked his way over the broken glass and tipped-over furniture to arrive at his daughter’s side. He held out his free hand and hauled her off the floor in one smooth move. “Ariel, darlin’, what happened this time?”
Ariel tossed her head and grinned at him. She had no shame. “No idea, Daddy. I was just here for a quiet drink with my friends.” She pointed to the two young men either side of her who stared at Gideon. Both of them wore terrified expressions.
“Darlin’, that’s the biggest pile of horse puckey you told me since the last time you destroyed my bar.” Gideon sounded more resigned than annoyed. 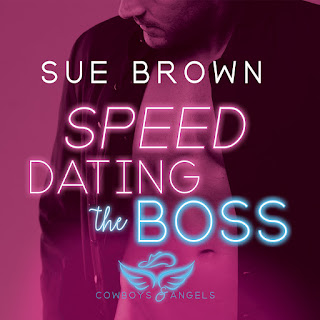 About the Author
Cranky middle-aged author with an addiction for coffee, and a passion for romancing two guys. I love my dogs, I love my kids, and I love coffee; in which order very much depends on the time of day. 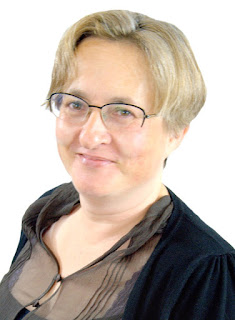 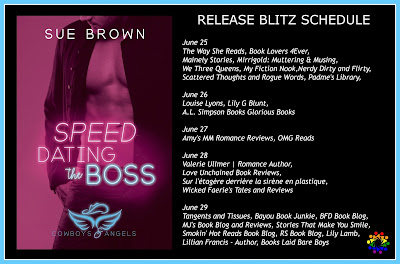