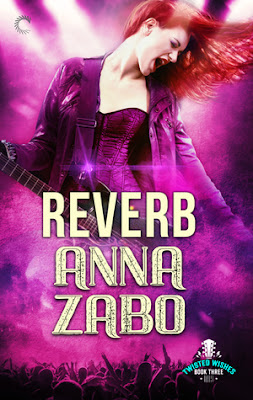 The tougher they are, the harder they fall.Twisted Wishes bass player Mish Sullivan is a rock goddess—gorgeous, sexy and comfortable in the spotlight. With fame comes unwanted attention, though: a stalker is desperate to get close. Mish can fend for herself, just as she always has. But after an attack lands her in the hospital, the band reacts, sticking her with a bodyguard she doesn’t need or want.David Altet has an instant connection with Mish. A certified badass, this ex-army martial arts expert can take down a man twice his size. But nothing—not living as a trans man, not his intensive military training—prepared him for the challenge of Mish. Sex with her is a distraction neither of them can afford, yet the hot, kink-filled nights keep coming.When Mish’s stalker ups his game, David must make a choice—lover or bodyguard. He’d rather have Mish alive than in his bed. But Mish wants David, and no one, especially not a stalker, will force her to give him up.This book is approximately 105,000 words


Reverb, the third book in Anna Zabo's Twisted Wishes series, is a fantastic addition to this rocker series.

We've known Mish is a badass from the other books in the series, but now we get her love story, as she falls for her bodyguard. You just gotta love bodyguard romances!

When Mish is being threatened by a stalker, David's hired as her bodyguard. Once Mish drops some of her anger about the situation, they develop a great friendship. This part is just a lot of fun, with them naturally easing into a good rapport. Later on, the pansexual rocker and her transgender bodyguard start to develop a sexual relationship, causing heat and some fear.

Personally, I love the non-issue of David being a F2M, as this should be the response. And, it's extra delightful that the sex is never an issue, as Mish is pansexual. As for the sex itself, it's great.

David's mental toughness is solid, and I feel confident in saying he's a badass too. Not only physically tough, he's survived being a trans soldier, and all that this encompasses. His history is complex, but it's also not dwelled on much. Personally, I would have loved a little more background into him, but I still love him as is.

The stalker issue is the reason the two are brought together, but the pace of this dangerous situation is not the true focus. Instead, we get more of how they develop their relationship throughout the ordeal, as well as the way being a bodyguard falling for his charge affects his ability to do his job.

Of course, it's fun catching up with the band in general, as I love the previous couples. This band, and it's members, is awesome, full of conflict and love.

One of my favorite parts of this story however, is the overall sense and meaning of family. The band is a family. They all have each other and they all support each other. David's been alone for a long time and struggles with thinking he can be a part of something so special.

There's also a superb discussion of love and changing people. Yes, we all hesitate to change ourselves for someone but love truly does change everyone.