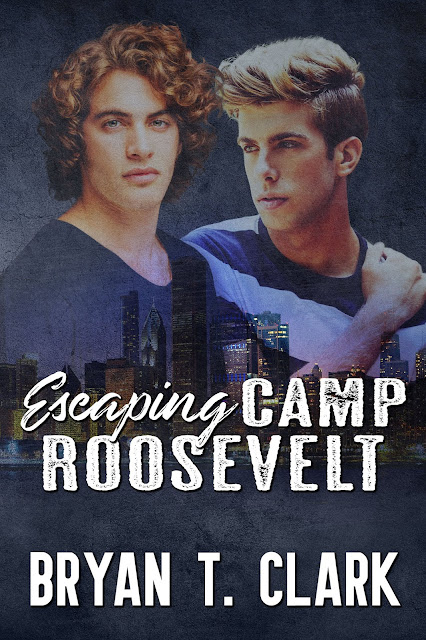 “He’s a bad boy—cocky and damaged. So, why can’t I stop thinking about him?"

Sociable and unselfish, eighteen-year-old Tucker Graves loves two things—his darling little sister and the thrill of playing baseball. He never dreamed that he’d be homeless, but after a series of misfortunes, his life is nothing like he could have possibly imagined. Shocked and shattered, Tucker, his mother, and his baby sister now must brave the dangers of a dilapidated homeless encampment called Camp Roosevelt.

Homeless since the age of fourteen, Dancer has mastered the tricks of living on the streets as a sex worker. The quiet, reclusive, and calculating ways of this twenty-year-old, green-eyed Adonis help him to survive. He hides his emotional scars from the world by interacting only with his clients, whose occasional bizarre requests he reluctantly fulfills. Dancer’s past has taught him to trust no one.

When Tucker and Dancer come face to face on a stormy night, having been thrown together under the same roof, Tucker brings out a feeling in Dancer that he didn’t know still existed in him—desire. Neither man can deny the attraction he feels for the other. But some scars run deep, causing both Tucker and Dancer to question whether falling in love is even possible, especially when survival is on the line.


*** One hundred percent of the royalties from the first year of this novel’s publication is being donated to the Larkin Street Youth Services/Castro Youth Housing Initiative. The CYHI provides transitional housing in the city of San Francisco, California, for LGBTQ youth experiencing homelessness. Fear of being raped, abused, or murdered should not be a part of anyone’s youth.


Wow. Escaping Camp Roosevelt is so much more than I ever expected. Emotional and heart-breaking, Bryan T Clark grabbed my heart immediately with this amazing tale of forgiveness and moving forward.


A story of two homeless teens, with one who's caring for his sister, the author excels in his exploration of the struggle of being homeless. The isolation, the loneliness, the desire to trust no one, and the desire to remain alone. The hardships, the fear, the inability to get ahead in life.

Tucker and Dancer are two young men who I just want to hug and help. One's a victim of his mother's meth habit, the other a runaway after suffering sexual abuse. Both of their backstories are soul crushing. In addition, the author does a wonderful job of demonstrating the common need of homeless teens to become sex workers, as a way to just survive.

Tucker's seizures were a tough read for me, as I was heartbroken for the way he developed them, and his inability to get proper care for them.

Their story is one of getting to know someone and learning to trust them. The  attraction is strong, but they have many complications to overcome. It's a story of making amends, making tough decisions, and fighting for love. It's about overcoming one's past, letting go of fear, and finding the strength to love.

Escaping Camp Roosevelt is a superb story, full of all the feels, and will leave the reader falling in love with these two men. Bryan T Clark's tale of letting oneself live again is writing beautifully, both compelling and riveting. A tough, raw read, it has a happy ending. 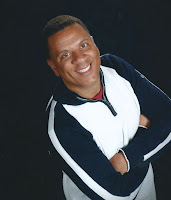 Bryan T. Clark is a Lambda Literary finalist and Rainbow Award winning author of gay romance, and contemporary books. He is also a funny, loving, family-oriented, and proud member of the LGBT community. Behind his computer, working on his next novel, Bryan writes romance with an emphasis on moral dilemma. His multicultural characters and riveting plots embody real life, filled with challenges, personal growth, and, of course, what we all desire—love.


In his work, he is known to push the boundaries with brilliantly crafted stories of friendship, love, complicated relationships, and challenges all woven into a hard-earned happily-ever-after.


When Bryan is not writing, he enjoys reading a great book, traveling, lying by a body of water soaking up the sun, and watching a good movie while snuggled up with his husband on the couch with their loyal companion Nettie, the Sheepadoodle.


Born in Boston, Massachusetts, Bryan has made his home and life in the Central Valley of California.