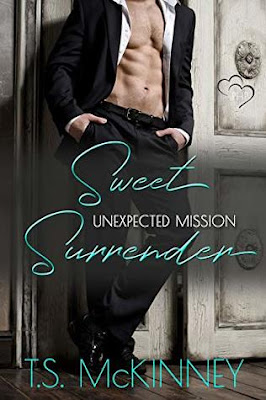 When Landon is offered an assignment to be the bodyguard of a gorgeous young male model, he expects the case to be nothing he wants. He certainly has no interest in following a spoiled, rich young model around Milan, Italy from one catwalk and party to another, and he doubts the threats Jinx has been receiving have any real merit to them. Probably just some teenaged fans stalking their favorite “boy model” and nothing to get worked up about. But when Jinx’s own father says the exact same thing, it makes Landon inexplicably angry and protective over him, because Landon would never allow his own son, Ari, to be threatened by anyone. Only Jinx’s mother and Landon’s agency fear for the young man’s safety, so Landon takes the case despite his qualms and soon realizes Jinx badly needs two things that are up to now missing in his life—a firm hand and some unconditional love—and love not based on how much money he can bring to his family. Jinx has never met a man like Landon before. The handsome, fearless bodyguard who gives him orders and expects him to do his best to follow them, also awakens a passion in Jinx that no female has ever managed to do before, an undeniable attraction that could match the need that seems to grow stronger every day. But could Jinx actually be falling for another man? Problems between the two abound—Landon is almost twenty years older for one thing, and they come from two vastly different worlds. In order to work it out between them, Jinx has to learn the truth of who’s behind the threats to his life, and discover who his enemies and his allies really are. He has to learn to fight for his happiness even if it means facing a killer.

Written in dual pov, we get to delve into both Landon and Micah/Jinx's minds., creating good character depth.

The author entertains us with a look into the nitty gritty world of fashion, as well as the tough aspects of being famous. My heart breaks for Jinx as he was forced into this life and has never been given a choice. He may be a conceited ass, but it's easy to see why. But everything changes when he meets his new bodyguard Landon.

With Landon, we get to witness the real Micah, without all the armor he wears as Jinx. Not only does Landon break down Micah's walls, he also wants what's best for him. It's a beautiful tale of Micah finding someone who loves him for who he is instead of what he can do for Landon.

I love these two as a couple. They are a true delight, with fun dialogue and intense chemistry. I enjoyed every second of this fun and sexy romance. Both the age difference and the Daddy kink are exciting and super entertaining. The submission scenes are amazing! And as Micah's never been with a guy before, we get treated to a whole lot of fantastic firsts, which I enjoy a lot.

Unexpected Mission: Sweet Surrender is fast paced and super sexy. It's a instant attraction romance with some good angst and danger that both makes sense and is alluring. It's also sweet and sexy. I am excited to see what's next in this TS McKinney series.