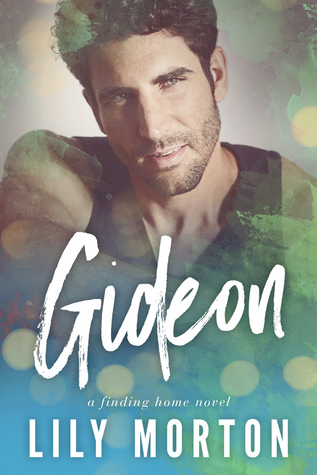 Gideon Ramsay is so far in the closet he should be a talking faun.  A talented, mercurial, and often selfish man, Gideon has everything he should want in life. Fame, money, acting awards – he has it all. Everything but honesty. At the advice of his agent, Gideon has concealed his sexuality for years. But it’s starting to get harder to hide, and his increasingly wild behaviour is threatening to destroy his career.  Then he’s laid low by a serious illness and into his life comes Eli Jones. Eli is everything that Gideon can’t understand. He’s sunny tempered, friendly, and optimistic. Even worse, he’s unaffected by grumpiness and sarcasm, which forms ninety percent of Gideon’s body weight. And now Gideon is trapped with him without any recourse to the drugs and alcohol that have previously eased his way through awkward situations.  However, as Gideon gets to know the other man, he finds himself wildly attracted to his lazy smiles and warm, scruffy charm that seem to fill a hole inside Gideon that’s been empty for a long time. Will he give in to this incomprehensible attraction when it could mean the end of everything that he’s worked for?   From the bestselling author of the Mixed Messages series comes a story about a man who needs to realise that being true to yourself is really just a form of finding home.  This is the third book in the Finding Home series but it can be read as a standalone.


Gideon, the third book in Lily Morton's Finding Home series, is amazing. Like the earlier books in the series, it's full of charm and heart.

The author's writing style is seamless, with wonderful characters and even better storylines. I just feel so comforted spending some time with her books.

Gideon is so damn loveable. As a man who's been essentially alone most of his life, he's struggling. Not only is he drowning with keeping his sexuality a secret, he's also being controlled by his creepy manager.

When Eli's hired to be his nurse for a bit, Gideon suddenly finds someone who genuinely cares for him, not his celebrity. Their relationship develops naturally, and is beyond sweet.

This story's about taking chances, finding one's truth, and living the life one wants to live. It's about a strong connection formed through friendship.

The cruise moments are pure delight, as they're fun and include an old lady who I enjoyed immensely.