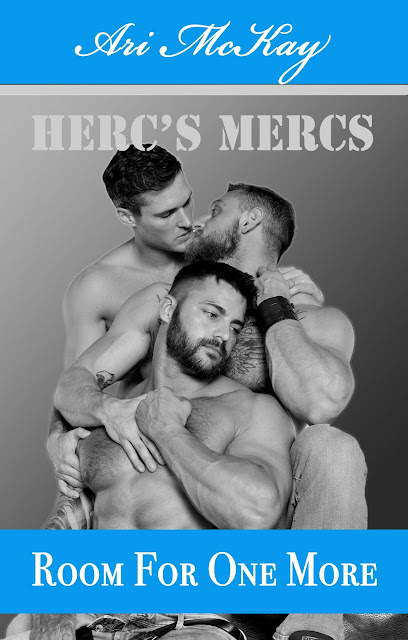 
Love may not be pie, but when it comes to your lover, sharing isn't the easiest thing in the world.

When Joe Morrissey returns home, heartsick and traumatized by his latest mission, the last thing he expects is to find his partner and lover, Brian Finnegan, has fallen for someone else. Even though Joe knows Finn has never been a one-man man, he has difficulty accepting Drew Martin's place in Finn's life -- and especially in his heart. But when Finn is kidnapped by criminals seeking revenge on Joe, he's forced to pair up with his rival to make sure Finn is kept safe. Joe has no choice but to face his deepest issues, not only about Drew, but also about his own past that has come back to haunt him. Doubt and pain are tearing Joe apart... Can Drew help put him back together, or does Finn risk losing both of the men he loves forever?

Trigger warnings: This book deals with PTSD and human trafficking. There are mentions of sexual and physical abuse, kidnapping, and child abuse (NOT GRAPHICALLY DEPICTED).


Room For One More, the 8th book in Ari McKay's Herc's Merc series, is the first read of this series for me. It can easily be read as a standalone, but I'm assuming it would be even better to have read the whole series.

The compelling part of this story is the development of the menage. Joe and Finn are friends with benefits with a complex relationship. Joe knows Finn is all he needs, and loves him deeply. But Finn needs more than Joe can give him, despite loving him.

Finn's developing feelings for his hook-up Drew takes Joe by surprise, and the drama begins. The feelings of all three men are wonderfully described, pulling the reader deeply into their story.

Room For One More is a beautiful story of loving someone enough to give them what they need. It's about loving deeply and loving fiercely. This Ari McKay book is compelling, riveting, and an enjoyable read. I hope to read more of this series. 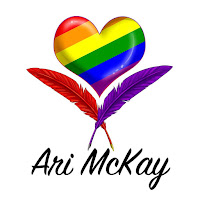 Ari McKay is the professional pseudonym for Arionrhod and McKay, who have been writing together for over a decade. Their collaborations encompass a wide variety of romance genres, including contemporary, fantasy, science fiction, gothic, and action/adventure. Their work includes the Blood Bathory series of paranormal novels, the Herc’s Mercs series, as well as two historical Westerns: Heart of Stone and Finding Forgiveness. When not writing, they can often be found scheming over costume designs or binge watching TV shows together.

Arionrhod is a systems engineer by day who is eagerly looking forward to (hopefully) becoming a full time writer in the not-too-distant future. Now that she is an empty-nester, she has turned her attentions to finding the perfect piece of land to build a fortress in preparation for the zombie apocalypse, and baking (and eating) far too many cakes.

McKay is an English teacher who has been writing for one reason or another most of her life. She also enjoys knitting, reading, cooking, and playing video games. She has been known to knit in public. Given she has the survival skills of a gnat, she’s relying on Arionrhod to help her survive the zombie apocalypse.