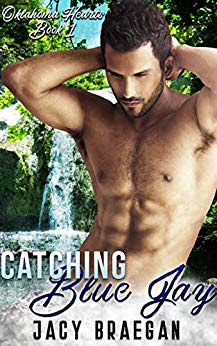 After years of separation and silence, former best friends find not only each other, but also the attraction that still flares hot as ever. Will fears of the past and the return of a former fiancé cost them their second chance? The disappearance of his best friend at 15 had Aidan battling his way through depression and suicidal thoughts to become a well-known software developer. With the support of the friends who saved his life, he’s got a great career and a life worth living. Only one thing is missing, the love he’d briefly known before his best friend moved and quit speaking to him. Returning to Oklahoma in hopes of reuniting with the friend he’d ghosted years before, Jayson found only heartache and a man who’d end up leaving him at the altar. A chance meeting on a dance floor where he locks eyes with the pair he’d always known as well as his own sends him running in panic. Knowing that he needs to own up to what he’d done in the past, Jayson gathers up his courage to face Aidan and learns just how much damage he’d really done. Both men fight fears of being left behind, keeping their budding relationship on shaky ground. When Jayson’s ex-fiancé shows back up, they have to discover if the foundation they’ve built is strong enough to withstand the pressure. Will Aidan take the leap to catch the Jayson’s heart forever?


I really enjoyed Jacy Braegan's Catching Blue Jay. The first book in the Oklahoma Hearts, I am hopeful this will be a wonderful series.

A great second chance romance, as former best friend's Aidan and Jayden are reunited years later. And where are they reunited? At Jayden's wedding. Oh hell yes!

Their story is full of pain, hurt, and forgiveness, as they need to overcome broken promises. It's definitely sweet as these men work through some tough trust issues. I enjoyed every minute of their struggles to reconnect and admit their feelings.


The writing is fun, with a great pace, and an entertaining storyline. There's plenty of hot and steamy moments, as the want and desire is intense. As a couple, these two are fantastic, having a strong connection from their youth. I love stories like this.