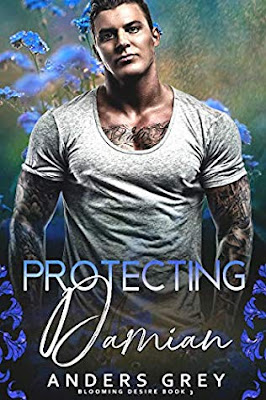 Izak: I knew Damian Cox was a haughty brat before I even laid eyes on him. As the lead singer for a popular band, he was destined to be arrogant and difficult. He's never had a bodyguard who lasted more than a month, and now I'm just another challenge for him—another bodyguard to break. But unlike the others, I'm unbreakable. Two can play at Damian’s game. And despite the annoyingly charming way he's growing on me, I don't intend to lose.Damian: I challenged myself: two weeks to make Izak quit. But you know what they say about the best-laid plans. The stubborn meathead refuses to bend, and for some reason, it’s stupidly endearing.Sleeping with your bodyguard is a bad idea nine times out of ten. I know that better than anyone because I’ve had about a million bodyguards and haven’t been attracted to any of them—until now. But you know what’s an even worse idea? Falling in love with your bodyguard.

Protecting Damien is a wonderful bodyguard romance by Anders Grey. It's a slow getting to know each other tale, with the lines eventually blurring.

Isaac and Damien are loveable from the start. Damien's a bratty celebrity who likes to joke and make innuendoes. His finds it a game to get his bodyguard to quit. It's super fun as bratty meets serious and stuffy when Isaac becomes his new bodyguard.

Written in alternating 1st person pov, the reader is fully pulled into the story.

I enjoy the natural evolution in their relationship, as they suddenly start spending time together. The barriers coming down make for a fun change in their interactions. And even better yet, their status switches to bodyguard with benefits which is fabulous.

Their story includes some issues with the band and plenty of behind the scenes band moments. The conflict is well done and extremely emotional. And the storyline is fun and fluid, hot and spicy. The plot is predictable, but superb.

Protecting Damien is romantic and riveting. I love the ending and I want more! Since I haven't read the second book in this Anders Grey series, I am going to Amazon to check it out now!