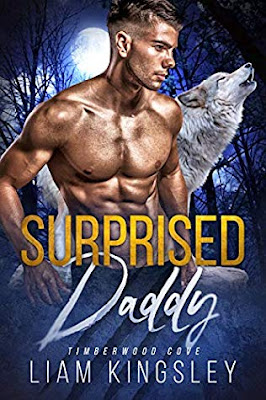 After meeting single dad Linc in Homerun Daddy, I am excited to see him find love for himself. Following the theme in the first book, this one involves a shifter falling for a human. I wasn't sure if this would be too close to the plot in the previous book, but it definitely wasn't, which is a relief.

Linc is a wolf shifter who discovers his fated mate is a human, Sean. What follows is an emotional relationship between a man who longs to have more kids and a man who's infertile and feels unworthy. Oh how I love both these men!

The plot is well done, both interesting, charming, and riveting. The writing in general is great,  and the characters are extremely loveable.

Surprised Daddy is a enchanting tale. This Liam Kingsley read has me excited to finish this series.