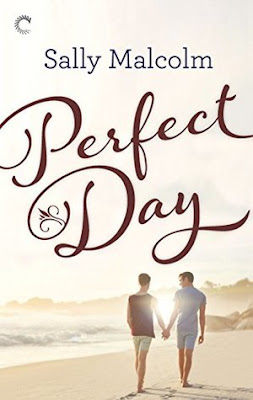 First love conquers all in Perfect Day, a captivating contemporary male/male retelling of Jane Austen’s Persuasion. Love doesn’t burn out just because the timing’s wrong. It grows. It never leaves. When Joshua Newton, prodigal son of one of New Milton’s elite, fell in love with ambitious young actor Finn Callaghan, his world finally made sense. With every stolen moment, soft touch and breathless kiss, they fell deeper in love.Finn was his future…until he wasn’t. Love stays. Even when you don’t want it to, even when you try to deny it, it stays. Eight years later, Finn has returned to the seaside town where it all began. He’s on the brink of stardom, a far cry from the poor mechanic who spent one gorgeous summer falling in love on the beach.The last thing he wants is a second chance with the man who broke his heart. Finn has spent a long time forgetting Joshua Newton—he certainly doesn’t plan to forgive him. Love grows. It never leaves. One-click with confidence. This title is part of the Carina Press Romance Promise : all the romance you’re looking for with an HEA/HFN. It’s a promise!This book is approximately 63,000 words

A Perfect Day is a beautiful second chance romance by Sally Malcolm.


I was instantly intrigued with this book. It's tender, emotional and sweet. I felt as if I was snuggled up in a warm blanket while someone told me a romantic love story.


Josh and Finn met while they were young, spending an idyllic summer together at the beach. They both felt that strong, profound connection of devotion and dreamt of spending their lives together.


But everything changed when Josh chose his family over Finn. Now, eight years later, they meet again. Finn never expected to see Josh again, let alone cleaning tables in a coffee shop, as he was supposed to be a successful CEO somewhere.


Both man have changed a lot over the years, including their positions in life. Back then, Finn wasn’t worthy of being with Josh’s rich family. Now, Josh’s dad is in jail and Josh is financially struggling, while Finn is a rich actor.
One great theme in this book is memories. Can we just forget our memories for a while when we’re not thinking about them? Or are they gone forever? Do they start coming back in small echoes? Or in complete recollection?


Sometimes one is meant to be with their first love, even if it requires a lot of work to get to that point. For Josh and Finn, the love remained all along even if it was ignored for years. Seeing them come back together and rekindle their relationship is exquisite, as they truly are meant for each other and make each other better people.


I highly recommend Sally Malcolm’s Perfect Day to anyone who loves a good second chance romance.