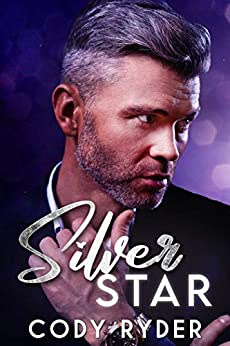 James
His role in the world’s most famous movie rocketed him into the spotlight over twenty years ago, but today it’s the only thing people remember him for. In New York City for a fan convention, all James can see are reminders of his failed career and marriage.
Then, fortune puts him in the path of another lost soul.
James is straight, so how can he be feeling this way about another man—especially one so much younger than him? But the heat he feels for Alan can’t be denied… Could this be what he’s been looking for?Alan
A former office-worker suffering from a quarter-life crisis, Alan dropped everything to search for the passion sorely missing in his life—but now that he’s actually in NYC, he has no idea where to even begin looking.
Enter James. Charming, sophisticated, adventurous—everything Alan isn’t. Not to mention he’s a movie star. It doesn’t matter how right it feels, how could it ever work?
With only four days to spend together in a city far from home, how can Alan convince James—and himself—that this is what they both need?
Silver Star is a May-December MM romance full of sweet moments, plenty of heat and low angst. A Hollywood happily-ever-after guaranteed!

My Rating - 4.5 Stars!
Silver Star is a sweet and fun sexual awakening romance by Cody Ryder.
A mix of an unhappy Hollywood actor, an unhappy marriage, and comin out, this one has a lot to enjoy. And, omg, as a fan of actor conventions, I just fell into this book hook, line, and sinker.
This is a story that includes bi-curiosity and first gay kisses, along with a whole lot of soul searching. Both men are seeking what's missing from their lives. They meet at a hotel and a friendship is formed.
If you have a problem with cheating however, skip this one, as one of the men is married, although it's a very unhappy marriage.
The writing is wonderful, with well developed characters despite the short length. I never felt anything was missing, and I fell in love with these two men who just need to grab onto love and change when it's right.
Silver Star is an insta love story with a HFN ending. It's a story of hope and change, that just left me happy. This Cody Ryder gem is a short, quick, easy read that is both tender and sweet.
at May 20, 2020