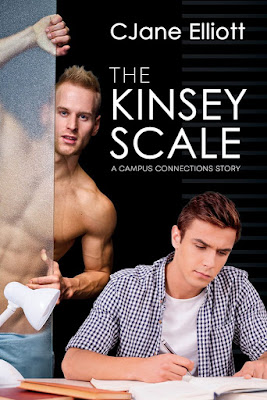 Forced roommates, fake boyfriends, fierce attraction, and a secret or two… are they fooling themselves or falling in love?Life is good for Eric Brown, a happily single theater major with a great group of friends. But then Will Butler—fellow senior, co-RA, and the cutest guy Eric’s ever seen—walks into his dorm. Will has a sweetheart he sees off campus—a minor disappointment that becomes a major problem when a housing shortage causes Will and Eric to become roommates, and Eric is forced to witness Will’s hotness day in and day out. He persuades his ex-boyfriend to pretend they’re still together in a vain attempt to protect himself, but it doesn’t save Eric from losing his heart.Will Butler has never believed in himself. Although he’s loved music since childhood, he’s never seriously considered pursuing it. Then he and Eric Brown become roommates, and everything changes. Eric believes in Will and his talent. He’s also gorgeous and playful and fast becoming Will’s best friend. And that’s not good, because Will is hiding some big things, not only from Eric, but from himself.Second Edition, no significant changes

The Kinsey Scale, a novella in CJane Elliott’s new Campus Connections series, is exactly what I was expecting from its title.
Eric and Will meet as they become fellow RA’s for their dorm, as well as roommates. What follows is a sweet tale and exploration of the Kinsey Scale (the Heterosexual–Homosexual Rating Scale).
Eric is instantly smitten with his new roommate, finding him to be one of the most attractive men he’s ever met. However, Eric’s hopes are dashed when, upon meeting, he discovers that Will is straight. Except he’s not.
Their story is adorable. I tend to enjoy journeys like this, where one is hesitant to come out until they meet someone for whom coming out is worth it. This book has it in spades, as it is explored with these college men and their friends.
Everyone needs to come out on their own terms when they are ready, and college is certainly a time when this is often done. I appreciate how well this is covered in such a short story.
Eric and Will are a sweet couple as they navigate hiding one’s sexuality and protecting oneself from getting hurt – along with so much more. Despite not being largely developed characters, one still can’t help but to root for them.
The Kinsey Scale, by CJane Elliott is definitely worth a read when you’re looking for a quick, light, college romance.