Brian Stagliano’s life should be pretty sweet right now. Two of his closest friends are getting married, and he’s taking a new, exciting step in his career as a doctor. Most amazing though, his best mate has been given the all-clear from cancer. But Brian’s normal has just been tipped A over T and the friendship he’s relied on for years is in danger. All because of five little words.

Andrew Fitzroy should be on top of the world. The cancer that’s haunted him is gone. He can finally get on with his life—except he doesn’t know what that life is anymore. Is he brave enough to come out as bisexual? Should he pursue architecture or stay in construction? Either way, Andrew knows happiness won’t be his until he has what his engaged friends have—love, joy, passion. So, he says those five little words to Brian—I’m in love with you.

Friends since childhood, Brian and Andrew have always been closer than brothers. Best mates. Nothing could ever tear them apart. Except for those five little words. Now, Brian’s not sure about so many things—their friendship, his own desires—and the foundation Andrew’s built his world on feels like its crumbling. But if they manage not to destroy everything they have together, Andrew and Brian might just find a new normal with each other. 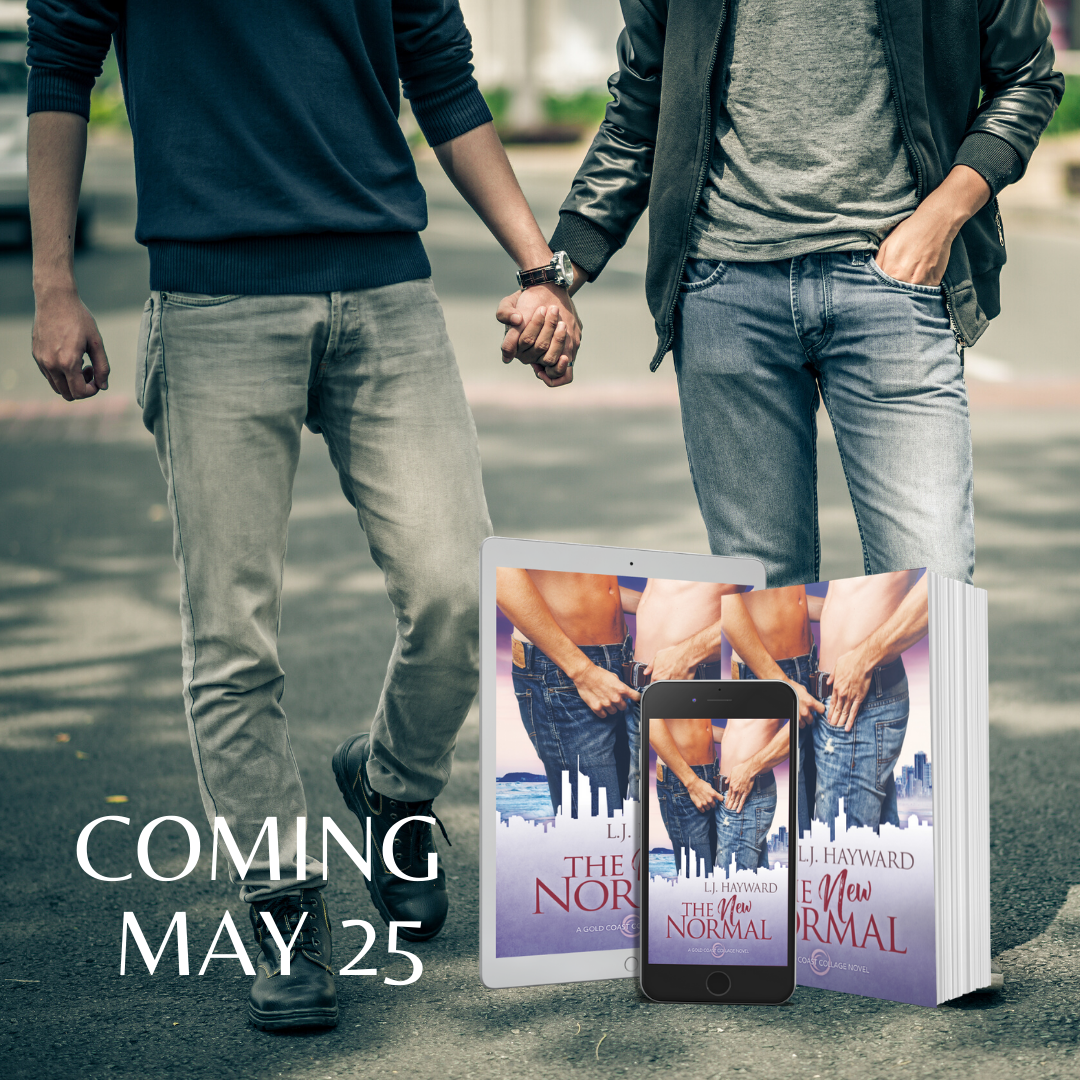 “Do you want to have sex with me?” It was out before Brian even knew he was wondering about it.
“What? No.” Andrew spun away and stalked to the far side of the lounge room, then turned back and went into the kitchen. “What the hell, man? Who just asks that?”
Brian gaped at him. “I don’t know,” he snapped. “A guy whose best friend said he’s in love with him, maybe?”
“Jesus.” Andrew got another beer and unscrewed the cap but didn’t drink.
“I think it’s a fair question. I mean, you say you love someone and most of the time that means wanting to have sex with them. Sure, some people don’t and they have these asexual romances. I learned about them when we were covering sexuality and gender. They’re more prevalent than you think, but mostly people in love have sex with each other. You said you’re in love with me, ergo, you want to have sex with me.”
Andrew was staring at him wide eyed like he did when Brian got caught up in some fascinating—and usually gooey or gory—medical wonder and rambled. It made Andrew look innocent and a bit lost, and rather inviting. For a moment, Brian thought about kissing him. What would it be like? Would it really be any different from kissing a woman? There was stubble, yeah, but otherwise the pertinent anatomy was the same. Andrew would probably like a tongue in his mouth, and his lips sucked on. Would his earlobes be sensitive? Brian’s were, to an embarrassing degree.
He was moving forward without thinking. Right then all he knew was he wanted to know what it would be like to kiss a man. Well, no. He wanted to know what it would be like to kiss Andrew.
His friend, his best friend, watched him advance wide-eyed, mouth slightly open, lips curvy and plump and a healthy pink. In the dim interior light, the bristles of his pale five o’clock shadow were all but invisible but Brian’s lips tingled with the mere thought of how they would feel. Soft like the regrowth on his head had been, or prickly?
Oh fuck. He wanted desperately to kiss Andrew, and he was actually going to do it.