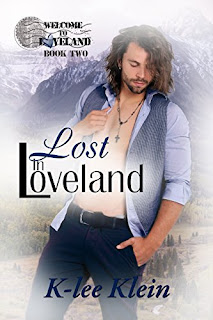 ~Loveland, Colorado is a special place, a community of creativity and art, with scenic views and majestic mountains. The city brought Lucky and Jack together, but staying that way will take more than cold-air kisses and sweet valentines.~
Jack Canon should be over-the-top happy. He has a job that makes him proud, students who make him laugh, a studio that brings out his creativity, and a man who treats him like he walks on water. But shadows from his past keep coming between him and the joy that should fill his heart. Jack needs to reconcile some bitter loose ends, before he can move forward.
Lucky Roberts is in love—hook, line, and kitchen sink. He wants to shout his feelings to the rooftops and scatter little handmade valentines all over the world. He thinks he's okay with not being perfect, and knows Jack isn't perfect either. But when his own past rears its ugly head, Lucky discovers that old habits die hard. Maybe opening his heart to Jack won't be enough— maybe he just isn't enough.
Jack and Lucky risk getting caught in limbo between the past and present if they don't have the strength to share the skeletons in their closets. To move forward together, they have to find the courage to look back…together.

Lost In Loveland is the second book in K-lee Klein's Welcome To Loveland series.

Jack and Lucky are now a couple, but they have some complications they need to face. Included in these are an ex-hookup who's a jerk, and lots of family drama between Jack and his sisters.

As Jack goes to deal with his sisters, Lucky is left feeling unsure of where he stands in Jack's life. Now that they are a couple, Lucky is confused why Jack is excluding him from his problems.

Once again, Jack's students are present to add lots of light hearted humor. There are also some super sweet moments between Jack and Lucky, as they learn to lean on one another.

Lost In Loveland is a love story of what happens when you find someone who loves you, changing everything you've ever know. K-lee Klein has a great series on her hands, and I can't wait to read the next book!


K-lee Klein loves guys with long hair and tattoos, and you’ll often find her front and center at her favorite rock concerts. She has bounced around Western Canada all her life, but will always consider the solitude and beauty of the British Columbian mountains home. Her life is blessed as the proud mother of three now-grown but still spoiled kids, the servant of two bossy felines, and the wife of a truly patient husband.Her writing muse is terribly temperamental, so to keep him close by and in check, she had him inked on her left calf. The gorgeous, long-haired, mostly naked, kneeling angel that resulted is truly a work of art, although he’s still a handful and hopelessly uncontrollable. She writes on his schedule and inspiration.K-lee tends to fall easily into obsessions. When something grabs her attention, she jumps into it headfirst with complete abandon. Actors, musicians, superheroes, fictional characters, and brainwashed assassins all hold spots on her cannot-get-enough list. She once followed Thirty Seconds to Mars around the United States and Canada and saw them perform fourteen times that year. Obsession sometimes leads to ideas for her kneeling angel to turn into stories.Although an introvert in person, she’s extroverted online and has met many wonderful friends there, sometimes with the added fun of meeting them in person at gay romance conferences. She’s grateful for all the people in her life who accept her as she is and support her through her ups and downs as mom, wife, and joyfully obsessed writer.