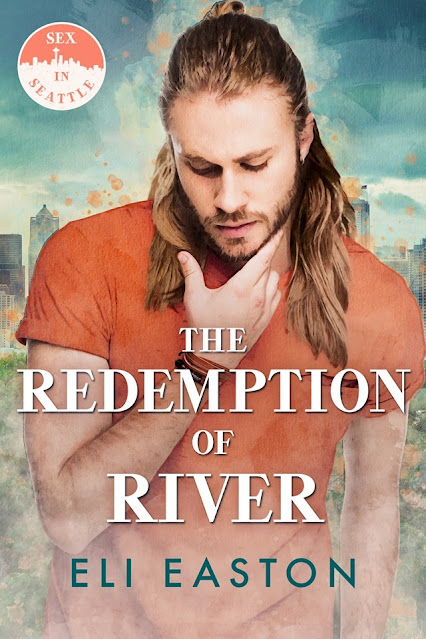 River Larsen is a world traveler, truth-seeker, and tantric healer. He’s a master of loving all—and no one. Both his past and his spiritual path warn him against attachment. When he falls for his surrogacy client and coffee magnate, Brent McKay, River tells himself it’s a temporary idyll, a beautiful encounter they’ll both enjoy and move on from like mature adults. Only his heart misses that memo.

Brent McKay hasn’t been interested in sex since his wife died two years ago. When he goes to Expanded Horizons sex clinic in Seattle for help, he meets River Larsen, a sex surrogate specializing in reiki massage and tantric sex therapy. Brent never expected to be interested in a man, but River’s light-filled spirit, inner peace, and electric touch bring him back to life. Brent’s loyal heart is ready to commit again. But how can he convince River that love can last forever—if you just have faith?

The Redemption of River features a widower who surprises himself, a gorgeous hippy who thinks he’s a dandelion puff, an age gap, midlife discovery of bisexuality, foodie Seattle, a houseboat, dogs, a trip to Mumbai, and tantric secrets. (You know, the ones that let you have sex for hours. Those secrets.)

The Redemption of River takes place in part at the Expanded Horizons sex clinic and is thus book #4 of the Sex in Seattle series. It features a brand new couple and can be read as a stand-alone.

The Redemption of River is a fascinating book by Eli Easton.

When we meet Brent, he's suffering from the loss of his wife. He starts working with River, a tantric therapist. The connection is strong and new feelings are born.

Both men are wonderfully complex. One was so connected to his wife that he took on all her pain. The other is floating through life without ever claiming anything as his own or settling down, as he's been hurt and can't trust people or love.

Over time, and through some surprise meetings, the two men come alive with one another, and each helps the other heal. Their story includes some new found feelings and some exploration in this exquisite story of sexual awakening.

Written in alternating 3rd person pov, the reader is able to understand that these two men connect on many levels. Their feelings are front and center in this amazing story. Their fears and doubts are well explored, especially River's fears of ever putting down roots. And I love the ongoing presence of the previous characters from the office.

I definitely got a little bored at times, as the spiritual discussions just didn't resonate with me. It was very well done, it just isn't for me.

Oh, and in the end, I love Harrison and his lessons.

The Redemption of River is a wonderful story of grabbing onto love despite one's fears. Eli Easton impresses in this tale illustrating that love itself is a leap of faith.

Having been, at various times and under different names, a minister’s daughter, a computer programmer, a game designer, the author of paranormal mysteries, a fan fiction writer, and organic farmer, Eli has been a m/m romance author since 2013. She has over 30 books published.

Eli has loved romance since her teens and she particular admires writers who can combine literary merit, genuine humor, melting hotness, and eye-dabbing sweetness into one story. She promises to strive to achieve most of that most of the time. She currently lives on a farm in Pennsylvania with her husband, bulldogs, cows, a cat, and lots of groundhogs.

In romance, Eli is best known for her Christmas stories because she’s a total Christmas sap. These include “Blame it on the Mistletoe”, “Unwrapping Hank” and “Merry Christmas, Mr. Miggles”. Her “Howl at the Moon” series of paranormal romances featuring the town of Mad Creek and its dog shifters has been popular with readers. And her series of Amish-themed romances, Men of Lancaster County, has won genre awards. 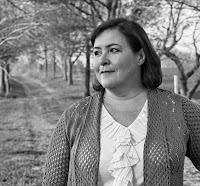