“Look out for Zach and don’t hit on him.”

My brother’s request sounds easy enough. Keep an eye out for his best friend on campus and keep my hands to myself.

Even if Zach is a quintessential nerd, who I’ve always thought was cute, I don’t have the time to think with my … stick.

There’s only one stick I should be focused on this year, and that’s my hockey stick. My goal once I graduate is to get an NHL contract.

The last thing I need is a distraction. On or off the ice.

Only, keeping to the rules is harder than I thought it would be.

And no one more than Foster Grant.

I’ve barely spoken two words to him in the whole time I’ve known him, but the second I step foot on campus, he’s impossible to shake.

I can never anticipate his next move. And whenever we’re together, my next move is a total mystery as well.

I want to give in to him, but that might mean coming clean about something I’ve never been bothered about before.

And I think it’s time to turn it in.

ADD TO YOUR TBR 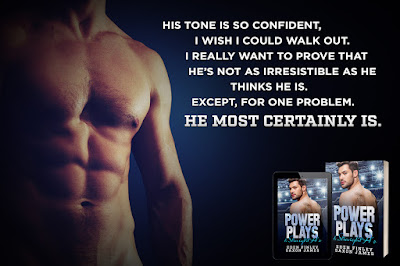 Zach looks absolutely adorably hot. Adorably hot is not exactly a cohesive description, but I don’t know how else to put it. He’s wearing the tightest jeans I’ve ever seen him in, his hair has some sort of product worked through it, and he’s wearing a button-down shirt that’s about a size too big.

He stands at his door, blinking at me as if he’s forgotten how to talk.

I lean in. “I think the word you’re looking for is hi.”

“Yay, good start.” I run my gaze over him again, and the shirt thing clicks. “Did my brother dress you?”

Seth appears behind him.

I bow to my brother. “Well played. Nothing is a better cockblocker than knowing my date is wearing my twin’s clothes.”

“I can’t wait for you to meet some girl. There is going to be payback. I don’t know how yet, but there will be.”

Zach looks down at his shirt. “Should I change?”

“Nope.” I grab his hand. “Hope you know how to sew, brother, because that shirt’s coming back buttonless.”

I’ll defile it instead.

I interlace my fingers with Zach’s as I lead him across campus to Greek row.

“Where are we going?”

“W-what? Is that your idea of romance?”

“Nope. It’s my idea of college.” I stop walking and tug on his hand. “College experience you need to have number sixteen: frat party.” I smile wide.

“Seth took me to a few parties.”

“Frat parties? How long did you stay?”

He stares up at me defiantly. “I’ll have you know, I lasted two drinks at one of them.”

“Whoa. I take it all back. You’re a party animal, and I don’t know if I’ll be able to keep up. Have you sought counselling for your partying addiction?”

Zach shoves me with a laugh. “Shut up.”

“Are you forgetting the whole”—he points to himself—“doesn’t do well in groups thing?”

I pull him along again. “Yes, we’re going to a party, and yes, there will be lots of people there, but you’re forgetting the most important part.”

“Awkward conversations and small talk with people I don’t know?”

“Funny, but no. I will be right beside you the whole time, and we’ll get to stand there and analyze everyone.”

It’s Zach’s turn to stop walking. “H-how do you know I do that?”

“I’ve seen you do it. You look at everyday interactions like they’re fascinating. You do it in class, and you were doing it that day in the dining hall.” I shrug. “It’s your thing.”

“If you ever become uncomfortable, we can leave. I promise.”

“And …” I wrap my arms around him and pull him against me. “You’re also forgetting a major frat party rite of passage.”

“Nailed it.” I move closer. “Actually, I was thinking about the tradition of hooking up in an upstairs bedroom or bathroom.”

Zach’s cheeks flame red. “I-I’m not … I’m not having sex in someone else’s house.”

I fake shock. “Your mind is so dirty. I’m talking about making out.”

“No sex in someone else’s house,” I say seriously.

We start walking again. We’re almost there now, and I can’t resist teasing him a little more.

He almost trips over his feet.

Luckily, I catch him.

Tonight is going to be so much fun. 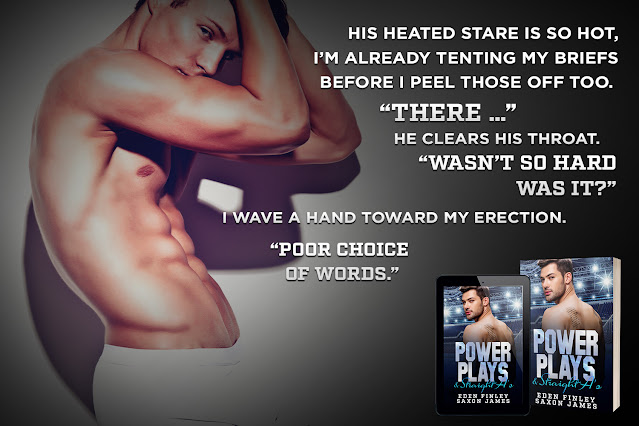 While not writing, SM is a readaholic and netflix addict who regularly lives on a sustainable diet of chocolate and coffee. 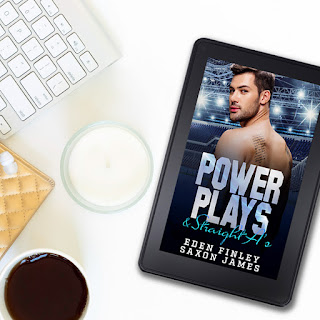