MF - Into the Light (Parkdale #2) by Danielle Keil 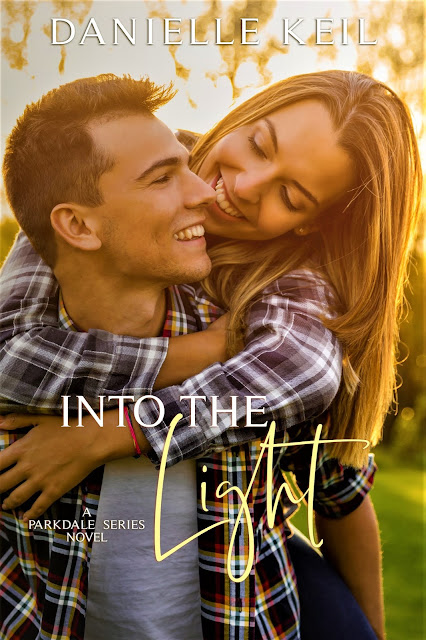 Into the Light is a standalone novel within the Parkdale Series.

When Jackson gets to college, he finds the girl of his dreams right away. The only problem? She’s his roommate’s girlfriend.

Things I believe in: humor can help with any situation, loyalty trumps everything, and bacon should always be as crispy as possible.

Things I don’t believe in: being lonely, the Tooth Fairy, and crushing on someone else’s girl.

Especially when that girl is your roommate’s girlfriend.

But I can’t seem to stay away.

Things I believe in: books and studying, a good pro/con list, and factual data.

Things I don’t believe in: being unprepared, dishonesty, and failure.

Especially when it seems like failure is following me around, waiting for an opportunity to make everything worse.

But what if it leads me to something, or someone, better?

If you like angsty, emotionally charged, heart breaking romances, you’ll love the new friends to lover’s novel from Danielle Keil!

Danielle Keil's Into the Light is a pleasant surprise. There is so much more to this story than I could have expected. The second book in the Parkdale series, I am now excited to go back and read the first book.

Emmy's a college freshman, trying to make their way through life. With obstacles in her way, Emmy keeps to herself. She's made good friends, including Jackson, but doesn't truly let them in.

All the while, Jackson can't stop the feelings he has for Emmy. Unfortunately his roommate Jason asked her out before he ever got a chance. And let's just say, Jason's an asshole.

There is a lot going on with these characters and their friends. Emmy pisses me off a lot with her inability to see what an ass Jason is. As well, I just wanted to yell at her for not trusting her friends with her problems. As for Jackson, oh man, I love Jackson. He's the friend we all want in our lives.

Also, a warning for you - There is an off page rape, so avoid this if that's a trigger for you.

The writing is good. It took me a while to get into the story, as things start off slowly. But things eventually pick up, the feelings intensify, and the emotions start jumping off the page at times.

Overall, Into the Light is a good college romance. It's definitely worth a read when you're in the mood for some strong NA angst. 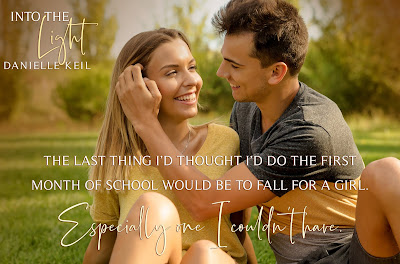 Danielle Keil grew up and spent the majority of her life in the Chicagoland area. A recent transplant, she is enjoying the Mississippi life, especially the pool in her backyard.
Danielle is happily married for over 10 years, and has two young children, a daughter and a son, who are exact replicas of her and her husband.
She also is a fur mom to their Corgi, Cozmo, who loves barking, mud, and peanut butter.
Danielle's love language is gifts, her Ennegram is a 9w1, and she loves everything purple.
The way to her heart is through coffee, chocolate and tacos (extra guac).
Find Danielle on social media—she’s a social media addict and would love to be friends! 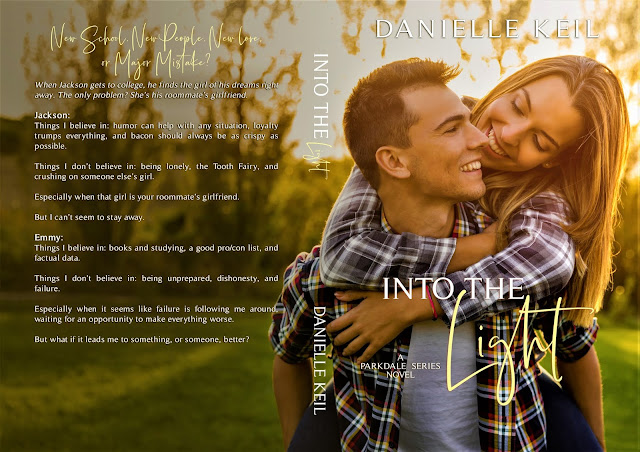