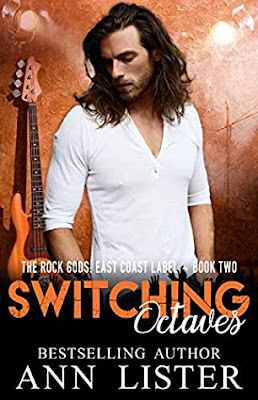 Branson: I'm a guy who knows what he wants—whether it's a career goal or a man intriguing enough for me to give chase—once I have the prize in sight, I’m relentless in my pursuit.
This has worked well for me over the years, more specifically, as the bass player of my band, Hard Core. I hear a bass line in anything the guys throw at me, then take those jumbled run of notes and turn it into something our fans will want to buy.
I'm also a man who doesn't do messy or complicated, and I keep my emotions out of the game—until now. FDNY Lieutenant Sean Conley, one of New York's bravest, has ruined me for all others because I allowed myself to feel.
Conley: I’m dedicated to putting my own safety aside and saving lives on a daily basis. Just don't ask me to be part of a concert crowd or I'll inevitably have a massive panic attack.
Personal trauma pushed me into the closet and I was fine with this life—until rock star Branson Mink happened to cross my path at a fire scene. Worse yet, I think he knows what I'm hiding.
Branson's hardly the type to be anyone's secret. Every aspect of his life plays out under the spotlight, while I prefer to keep mine hidden behind that closet door.
I have always left parts of myself private, and now Branson has something to hide too. When our worst fears collide, I'm forced to put mine aside to save the man I love. Turns out, that was easy. The real challenge? Figuring out how to make this relationship work.

Ann Lister's Switching Octaves is fabulous! The second book in The Rock Gods: East Coast Label series, it's everything I love about a great rocker romance.

This story just soothes my soul. The men are complex, intriguing, and lovable. Their story is fantastic, taking them from getting to know each other, through the struggle of coming out, and ending in major life changes. There's an underlying angst throughout that is wonderfully done. It's extremely emotional, resulting in me staying up half the night until I finished it.

Banson's a rocker who falls hard for the closeted fireman Sean. Sean's intrigued by the rocker. He's trying, yet failing, to fight his attraction.

There's a lot to love about these men and their stories. As well, the band is fabulous and I love them all. Everyone is well developed, with well explored backgrounds. And damn, these two have some serious heat between them! Not only is the sex hot, it also includes some nice variety, stepping away from stereotypes.

And wow, the backstory of Sean is heart-breaking. I like the way things are slowly revealed, eventually coming out front and center. Dear lord, it's just impossible to imagine the pain he suffered.

This entire story is just a great example of what I love about this author. The writing style is exactly what I love, the characters complex, and their story line full of realistic issues and a whole lot of love. Of course, her rockers are always there for one another, leaving the reader with a great sense of them as a family unit. And in this book, we also get the full feeling of family from the firemen who work with Sean.

Then there's the last part of this book. The way the author fully captures the severity and the depth of emotions couldn't have been any better. I could feel every single second of heartache, as well as the fear of the unknown.

Basically, Switching Octaves is another spectacular read by Ann Lister! Just read it! Although the rocker aspect might draw you in, you'll be impressed with this one for everything else it includes.