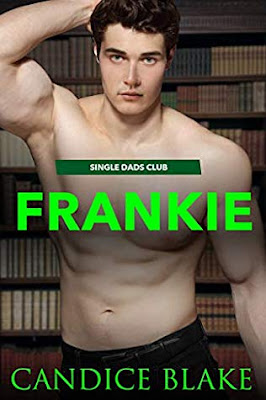 I’m just a nerd,
He’s just a jock.
Can I make it any more obvious? When a tall and handsome varsity hockey player moves into the apartment across the hall, I don’t expect us to become friends. Frankie’s a recently single dad with a newborn. I’m a virgin and a nerd who’s never truly felt like I fit in anywhere. The only thing we have in common is we’re both seniors in college. It doesn’t take a rocket scientist to recognize that he’s definitely out of my league. But despite how popular Frankie is, he keeps me in his orbit for some reason.When Frankie mentions he needs help passing an organic chemistry class, I decide to help him. Chemistry’s supposed to come naturally to me, but when I’m with Frankie, the only chemistry on my mind is the emotional and physical kind I feel when I’m close to him.If he’s an electron,Then I must be a proton.Because this attraction is electrifying.I’m terrified of how vulnerable I feel when I develop feelings for him. But if I ever want us to be more than just friends, I’m going to have to let myself fall, and trust that gravity won’t work against me.

FRANKIE is a full-length standalone romance novel in the Single Dads Club series with no cliffhanger and a HEA. Recommended for 18+.

Candice Blake's Frankie is the fifth book in the Single Dads Club series, and it's wonderful.

Frankie and Ian are two college students who are complete opposites. One's a science geek, the other an athlete. One's the father of a small child, the other a virgin.

This is a story that deals with the internalized homophobia that is rampant in sports. It contains fabulous chemistry and is just downright fun. Their story is hot, including some Daddy play. Seriously, their first times are amazingly steamy. This combo of first time gay sex for one and first time sex for the other makes things fantastic.

Frankie is one hell of a great story, with two loveable men and a riveting storyline. I love this story, love these men and their group of friends and family. However, I continue to dislike the author's writing style. It's short and choppy, with awkward dialogue. I loathe the repeated use of "said." If it wasn't for her conversation scenes, I would be rating all these books with 5 stars.