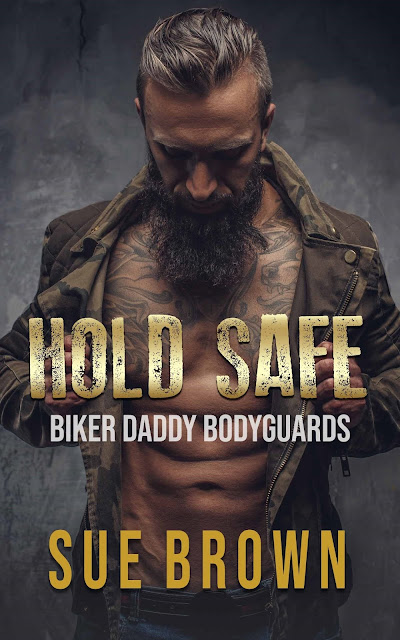 Mo is content with the quiet life. Once upon a time he had his happy ever after, but that ended. Now he’s being asked to guard an ego-driven businessman who has no idea how much danger he’s in. He should say no.

A successful CEO, Joseph is used to most people saying yes. He’s not convinced ‘yes’ is in this bodyguard’s vocabulary. Every decision he makes, Mo vetoes. Joseph is furious. He’s the one in charge. Isn’t he?

My Rating - 4.5 Stars!
Hold Safe is a fabulous age play/bodyguard read. The third book in Sue Brown's Biker Daddy Bodyguards series, it's easily read as a standalone.
Joseph's in danger and is suddenly forced to have bodyguard Mo protecting him. He definitely isn't happy about this, but soon he realizes how much danger he's actually in.
Joseph's complex, as he's a successful businessman who desperately needs Mo. To protect him. To love him. And to discipline him.
And I just love Mo. The biker parts are so funny, as Joseph is so reluctant in the beginning. Mo's annoyance had me giggling for a while.
And then - Age Play!!! Yes, I love age play romances. I admit this one doesn't have the usual amount of age play that I love, as this one's a little different. There's still plenty of sweetness and tenderness involved. And if you are new to age play, this is the perfect read for you.
It all starts with the Daddy role. Joseph always thought he was a Daddy but never had much success at it. With Mo's help, he discovers he's actually a little. I adore the simple ways Mo helps Joseph to realize and accept his little side.
The danger and action aspect of this story is perfectly done. The start with the two men bickering is great, there's plenty of suspense, and I enjoy the way it's resolved.
The writing is great, as it's fluid and well developed. The characters are wonderfully realistic and lovable. And their storyline is fun and sexy.
Hold Safe is my introduction to this series. Now I definitely plan to go back and read the books I missed. Sue Brown delights in this combo of age play, danger, action, and love.
_______________________________________________________________________ 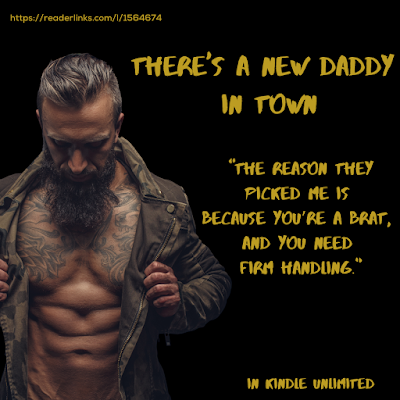 “Remember you’re a Holden. Never let another man tell you what to do.”

His father’s words rang in Joseph’s ears as they had done since he had sat an eight-year-old Joseph down in his study and told him that one day he would be the head of a great empire.

Yet he’d sat like a kid, his cheeks flaming, because some yeti off the mountains had ordered him to. He knew he’d made a huge mistake. He’d lost face in front of a room full of alpha men. He could see that in the smug expressions in the room. Now he’d have to work twice as hard to regain the power.

He was the client, the top dog in the room. Correction. He should have been the top dog. He was the billionaire; they were merely muscle. So why did he feel like a kid playing dress up in his father’s shoes?

Cranky middle-aged author with an addiction for coffee, and a passion for romancing two guys. She loves her dog, she loves her kids, and she loves coffee; in which order very much depends on the time of day.

Come over and talk to Sue at: