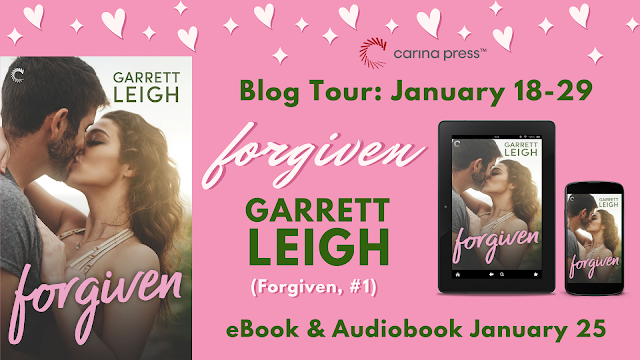 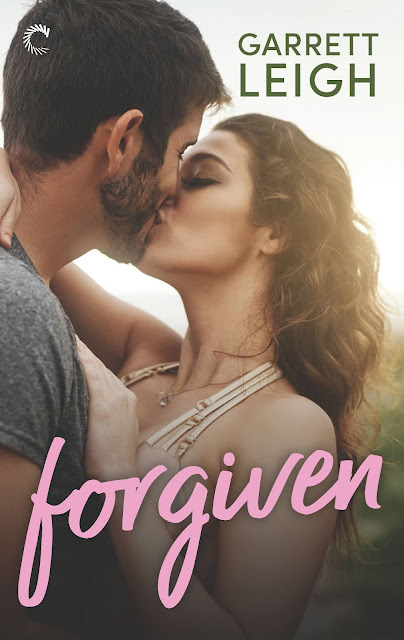 chance at love in this brand-new contemporary romance from award-winning author Garrett Leigh.

When Mia Amour returns to England to open a florist shop, all she wants to

do is put her lousy ex behind her and never look back. But getting a fresh

start is easier said than done when her first love, the boy who once broke

her teenage heart, strolls back into her life. He’s every bit as sexy as she

remembers, and the urge to melt back into his arms almost makes her

forget how devastated she was when he took off without a word. Almost.

Left with no choice, Luke Daley did what he had to do, leaving town to earn enough money to save his broken family, though it just about broke him, too. But now he’s back, running his uncle’s business and trying desperately to forget about Mia, the girl he left behind all those years ago. When he runs into her in town, the shock of seeing her again brings an intense rush of emotions: love, guilt…and an overwhelming urge to find out if it’s still as amazing between them as it used to be.

It doesn’t take either of them long to give in to desire and discover the fiery passion they once shared burns hotter than ever. With each new touch, each moment of forgiveness, old hurts heal and the future they’d hoped for ten years ago becomes possible again. But their fragile connection is tested by a threat neither of them saw coming—a threat that could end their second chance before it even gets started.

My Rating - 3.5 Stars!
I have such mixed feelings about Garrett Leigh's Forgiven.
I love the characters and their storyline. I love all the emotions involved. I love the pain and aguish.
I hate the name Mia Amour.
I enjoy the pace of the storyline, the secondary characters, and the detailed background development.
I hate the name Mia Amour.
Seriously, any other last name would be fine, But this isn't cute to me. This isn't funny and it isn't sweet. It's distracting and totally annoying. There is no way that someone could be named this and not be mocked for it every damn day.
I definitely enjoy that the reasons they broke up made sense. And their lingering feelings for each other is what drives the tale. Their anger is front and center, as well as their pain that caused the anger.
So basically, as much as I love the story, even in reviewing it, the name is distracting to me.
The attraction between the two is high and the hate sex is plentiful. I enjoy the push and pull, and all of the later action, danger, and angst. I don't love the identity of the stalker. Sure, one certainly won't guess it, but that's cause there's no damn way they could. I also didn't love the sex scenes. I'm a big fan of Garrett's m/m sex scenes, but I found some of the sex scenes moments awkward.
Forgiven is one of those books that's easy to fall into and stay consumed throughout. But it isn't my favorite by any means. I'm an avid fan of Garrett Leigh, and this one is decent. As far as I know, this is Garrett's first m/f romance. It's worth a read when you're in the mood for an angst love/hate, second chance romance.

Mia Amour. Her name had haunted me so much my bunkmate had once found

me sleep-scrawling it on our cabin wall. He thought it had meant something—

understand—but the reality had been far more simple: even on the other side

of the world, I couldn’t get her out of my head.

Somehow, though, over time, I’d forgotten what her eyes did to me.

anything but her. Mia. I counted my heartbeats as they thundered in my ears.

One, two, three, four. And then she tore her stormy blue gaze away from mine

and walked out of the chip shop.

I reached for the empty space she left behind, and my faculties slowly returned

to me as her footsteps echoed in my shell-shocked brain. As drawn to her as

I’d always been, I drifted after her, but when I got outside, she was gone.

A thousand emotions warred in my gut, but the age-old frustration was so familiar

I felt sick. Fucking Mia Amour. Deep down, I’d always hated her as much as I’d

loved her, because there was no one else on earth who could make my heart

pound like she did, my palms sweat, and my fingers tremble.

Cursing, I hauled myself back into the van. Gus followed a moment later, an open

bag of chips in each hand. “Where’d you get to? It was your turn to buy tea.”

I tossed him a crumpled-up fiver. “Why didn’t you tell me your sister was in town?”

“Oh fuck.” Gus held out a bag of chips, then set it on the dashboard when I made

no move to claim it. “Are we really doing this?”

I gave him a flat look.

He sighed. “Fuck’s sake. Why would I tell you? You two aren’t exactly friends, and

Shit, had it been that long? Why was it that just a glimpse of her face could set me

back a decade? The weight in my chest increased and I started the van, gunning

the rickety diesel engine with a roar. “Either way, a fucking heads-up would’ve been

“But why, though?” Gus pointed a chip at me. “You want her number so you can

catch up on old times?”

I wondered if he’d actually give it to me. Then pictured myself calling Mia and her

reaction to hearing my voice for the first time in ten long years.

A legit shudder passed through me. I was done torturing myself for putting my

family first, for giving up my entire life to keep a roof over my mum’s head, but that

didn’t make the obvious anger in Mia’s eyes easier to bear. Her temper had

fascinated seventeen-year-old me—sometimes I’d wound her up on purpose, just

it now. My Mia angst tolerance was at an all-time complacent low.

I spared Gus another glare. “What?”

Awards, and her polyamorous novel, Misfits was a finalist in the 2016 LAMBDA

When not writing, Garrett can generally be found procrastinating on Twitter,

cooking up a storm, or sitting on her behind doing as little as possible, all the

her unruly and wonderful FOX.

Garrett is also an award winning cover artist, taking the silver medal at the

Benjamin Franklin Book Awards in 2016. She designs for various publishing

houses and independent authors at blackjazzdesign.com, and co-owns the