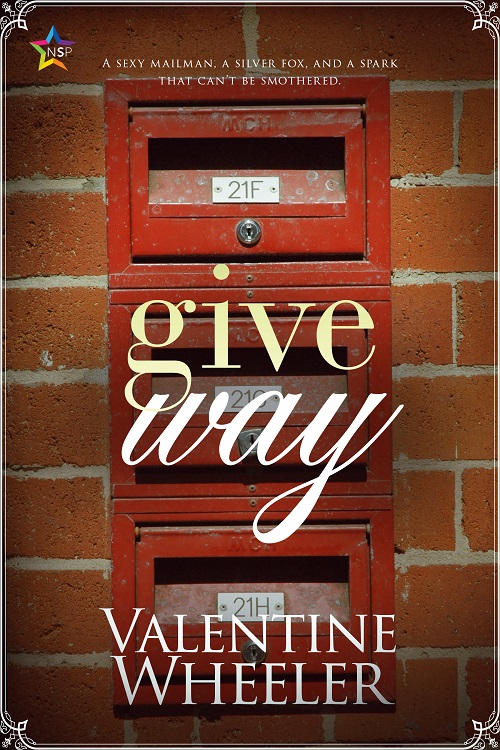 Kevin McNamara’s life after retirement is…fine. He has friends, a few consulting gigs, and an ex-wife he’s finally on good terms with. But when he meets an intriguing stranger–a rarity in close-knit Swanley, Massachusetts–in his apartment lobby, he can’t stop thinking about him or about the unexpected attraction that knocked him flat.

Awais Siddiqui never thought he’d want to come back to his childhood hometown, but when his grandmother falls ill, he’s the only one who can move back to help. Awais figures he’ll be back in a big city soon enough–but then a silver fox on his route catches his eye.

It’s never too late to accept a second chance at love.

Kevin McNamara was not having a good day.

As he trudged up the street toward his block, his building loomed ahead, five stories of forbidding concrete. His kids kept telling him he had to find a nicer apartment–he’d only meant for this one to be a stopping place after the divorce, but here he was fifteen years later, solidly into his retirement, still crammed into his tiny two-bedroom. It was fine. He didn’t have to mow a lawn, and most of the other residents were older people or divorced dads, so he fit right in. A few kids visited their fathers on weekends and livened things up, and it was close enough to downtown that he could walk to get whatever he needed. On less soggy, snowy days, a stroll home was appealing, but not after a four hour transit meeting in Boston and with gray slush soaking into his loafers.

As he pulled his keys from his pocket in the vestibule, ready to open the door to the lobby, tires crunched on the asphalt outside and he turned to see a mail truck pulling up. He pushed open the vestibule door and got ready to greet Doris–she’d been his mail lady for ten years, so she deserved a smile even if Kevin’s toes were numb. But instead of his compact, South Asian mail lady, he was surprised to see a man in a postal uniform standing on the sidewalk, tall, dark, and–well, attractive. He was staring at the front of the building, glancing down at the mail in his hands and back up again.

Kevin nodded. “Yes, the two fell off the sign last week and nobody’s been by to fix it.” He wasn’t sure why he’d felt the need to explain and wished he hadn’t.

The man grinned, showing very white, very even teeth. They looked even brighter against his short beard and light brown skin, which even in December was a few shades warmer than Kevin’s ever got. “Great. I’ve got a couple packages here, and I really didn’t want to leave them out in all this wet.”

“Yeah,” said Kevin. “Um.” He glanced behind him at the door to his building’s lobby, feeling unaccountably flustered. “Doris usually leaves them inside. Is she not in today?”

The man nodded. “She took the day off, so I’m helping out. I can’t believe they approved the time. December’s usually a no-go for leave, you know? Busiest season for Santas like me and Doris.”

“Oh, I’m sure Doris left me a key somewhere,” said the man. “Don’t want to hold you up. I’m helping deliver packages for my overtime, and I’m still learning the town.” He paused. “I’m Awais, by the way.”

“How did you guess?”

Awais grinned again, this time showing a dimple in one cheek, barely visible under his close-trimmed beard. “You’ve got a package, man.”

Kevin swallowed as Awais gathered a tub of packages in his arms and brushed past him into the lobby. The door wasn’t wide and neither was the lobby. He set the tub on the floor and knelt beside it. His slacks hugged his thighs: they seemed tighter than the usual postal cut as he bent over. And was the foyer suddenly warm?

“Let’s see.” Awais dug in the tub, setting a few packages aside. Kevin stood awkwardly, still holding the door. Dropping it would be rude, and it would trap them together in the small space, but he’d been holding it open for what felt like a long time. “Okay. Here we go!” He pulled out a large manila envelope, stacked the rest of the packages back in the tub, and rose to his feet gracefully. He was slender, Kevin noticed, but his shoulders were broad enough that the small space was awkward with both of their nearly six foot frames crowding it. “Here,” said Awais, holding it out.

Kevin took it. His fingers brushed Awais’s, shockingly warm against his own chilled ones. “Thanks,” he said, putting a bit of his usual charm in his smile. He knew the effect it had on people, and maybe it would counteract the incredibly weird impression this guy was getting of him.

Awais smiled back. “No problem. Gift for the wife?”

Kevin blinked. “Um, no,” he said, flummoxed. “I’m single.” Divorced, he’d meant to say. But it was too late to correct himself without drawing attention to it.

Awais’s eyes widened for the briefest moment, then his smile stretched even further. He winked. “Well, the ladies are missing out then.” He slung his satchel back over his shoulder, brushing past Kevin again where he was standing, still holding the door like a chump. He smelled like snow and woods and a little bit of sweat. Kevin decided to pretend he hadn’t just smelled the guy. He couldn’t help it in the hot, steamy foyer.

Through the glass, Awais climbed back in his truck, slid the door closed, waved, and pulled away.

Kevin looked down at the envelope. He didn’t even remember what he’d ordered. He took a step backward and winced at the squelch. He’d completely forgotten about his soaked shoes. 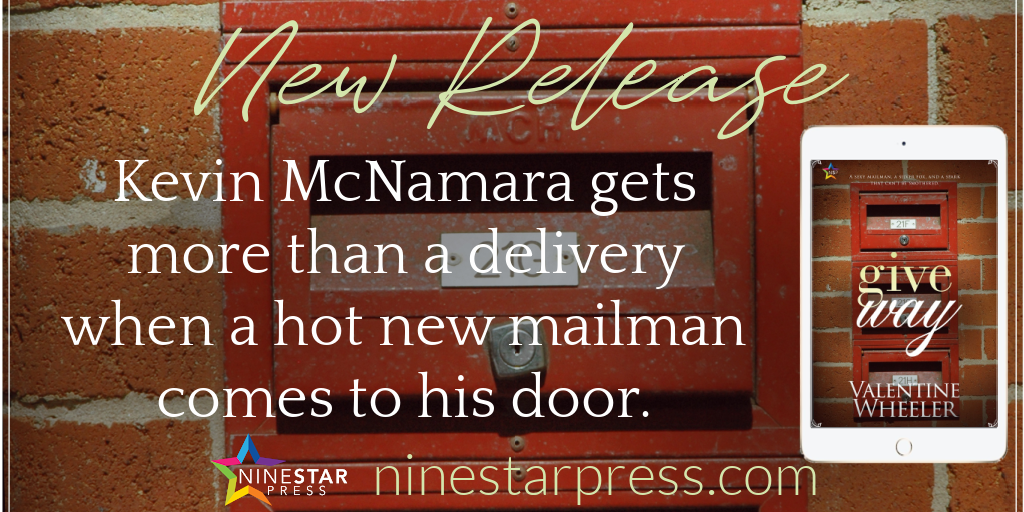