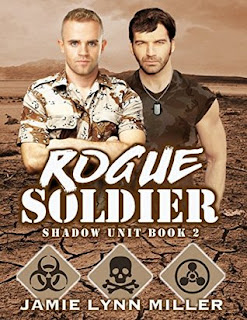 Shadow Unit may have overturned the illegal arms cartel in Kuala Lumpur, but the harrowing undercover op left emotional scars on Sergeants Shawn Weller and Connor Finley. Slowly, patiently, they piece their partnership back together, closer now than ever before.Until a new mission threatens to tear them apart.When Connor accidentally kills a civilian, he questions his job, his abilities, his worth. A timely offer of promotion seems his only way out, even though it means transferring out of Shadow Unit and away from Shawn.The arrival of Julian Montgomery, Shawn's former CIA handler and lover, further strains their relationship. Julian knows all of Shawn's secrets as well as the past Shawn has kept hidden from Connor. Now the self-serving Julian wants Shawn back--with the CIA and with him. No one will get in his way. Including Connor.When the joint Shadow Unit/CIA mission to stop the supplier of a deadly biological weapon goes sideways, Connor is captured, tortured, and used as a human test subject. It's a race against time to save his life. But who can Shawn trust?And who has gone rogue?

I need to start out by just saying that I love Shawn and Connor.  They continue to be just as wonderful in Rogue Soldier, the second book in Jamie Lynn Miller's Shadow Unit series.

Shawn and Connor are so perfect for each other, and once again are tested in their strength as a couple. This time, Shawn's ex is back in the picture, desperately wants him back, and is willing to do anything to achieve this.

The feeling that there is something wrong with their mission, along with the horrific events that unfold, are well developed and extremely gripping. As with Book one, again I was completely sucked into this story and could not stop reading until I was done.

Rogue Soldier is steamy, unexpected, and well crafted. It's a great follow up to Book One, Broken Soldier, making for the beginning of a great series by Jamie Lynn Miller.