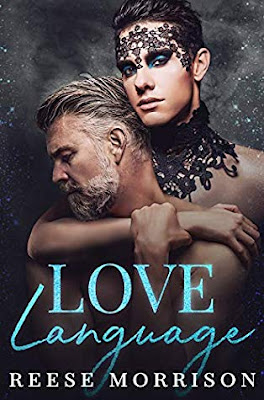 A younger Dom. A grieving sub. Two men whose kinks don't match (or so they think) connecting in ASL.Marco and Greg would both rather be anywhere than a kink club on Valentine’s Day. Marco doesn’t have the patience to speech-read in a hearing crowd. And Greg is still mourning his Sir who passed away three years ago.But when Greg steps in to explain something in ASL, Marco can’t stop thinking about the light he sees in those sad eyes. Strong, older, fluent in sign language, and sweetly submissive, Greg is exactly Marco’s type. Even if Greg isn’t ready for another relationship yet, Marco isn’t ready to let him go.Greg thought that he would never want to date someone again. But as painful as it is to admit, he’s starting to feel like it might be time. Marco is like no one he’s never met. Small, twink-ish, and over a decade younger, and a Daddy, he isn’t at all what Greg imagined in a Dom. Yet he’s undeniably attracted to his care and control, even after Marco reveals that he’s transgender. Slipping into ASL, the language of his childhood, Greg wonders if he might have a second chance at love.

This book contains hurt/comfort themes, lots of heat, and a HEA ending.

Love Language is a wonderful romance by Reese Morrison. And, yes, it has all the kink I've come to expect from Reese.

They have a good connection and strong chemistry, but their fears are overwhelming as they're two men full of doubts. They like to please one another, giving each other the things they need, but there's always the ghost of Greg's ex between them.

And as for the heat leavel, wow, just wow. This one is smoking hot with bondage, sounds, voyeurism, and humiliation. It is freaking awesome!