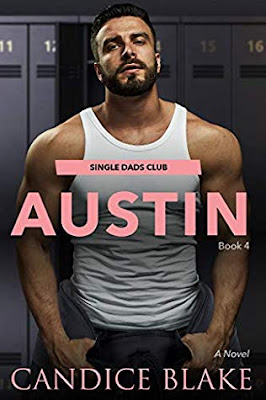 As a forty-five-year-old divorced single dad, being the varsity hockey coach is the only thing that still brings me joy. When I’m on the ice, I feel so alive and for those precious moments, I can forget about all my shortcomings.Because of my dedication to my players, we are the league’s reigning champions. When my best friend's son, Brayden, tries out, I don't know if there's room for his ego and cockiness on my all-star line-up. But Brayden ignites something inside me that I haven't felt since my divorce.The attraction doesn’t—and shouldn’t—make any sense. I'd previously been married to a woman and Brayden is half my age.I'm supposed to push my players' boundaries to their absolute limit, but this boundary I'm pushing with Brayden is definitely out-of-bounds.It’s only a matter of time until Brayden's dad finds out…

There's something about Austin's boldness as a coach that makes me feel some kind of way. After many 6:00 a.m. practices with Austin, our coach-player relationship grows into something much more.This attraction to my coach is sudden. It feels like I'm getting body-checked hard out of nowhere.There's no doubt we shouldn't be together at all. But even though I want to stop, it feels like we’re colliding on the rink at sixty miles an hour.If anyone finds out, my dream of playing in the varsity league will be over faster than it began…WARNING: THIS MM ROMANCE NOVEL CONTAINS EXPLICIT SEXUAL CONTENT WITH SEVERAL STEAMY SCENES THAT WILL LEAVE YOU BREATHLESS BY THE END. READER DISCRETION IS STRONGLY ADVISED.Each novel in the Single Dads Club series can be read as a standalone or as part of the series.

Want to follow single dads on their journey to find love?
Read this book now.

I am just downright giddy about Austin, the fourth book in Candice Blake's Single Dads Club series. In this one, we get to read about Brayden who happens to be Clayton's son.

Brayden's starting College where he's playing hockey. His father's best friend Austin happens to work at the college as a teacher and hockey coach. As the two men start to spend time together, Austin's surprised to find himself attracted to the younger man.

Oh boy, the attraction is there, the chemistry is strong, and the ability to not give in to their feelings is no where to be seen.

Ohhhh...love the conflict. So much conflict. Teacher/student. Coach/athlete. Best friend's kid. So much to keep them apart, yet they can't resist.

If you love a gay for you romance, you'll especially enjoy this one, as it's a double gay for you tale. The age gap is fun, yet easily a non problem.

I continue to struggle with the author's writing of dialogue. It's stilted, full of too many "he said"s. But the storylines and characters continue to make up for that distraction. I love these men and I love their stories.

The story is light angst, as the conflict wasn't nearly as complicated as it could have been. Personally, I would have preferred a little more angst, but it's still good.

Austin is a fairly easy, quick read. It's perfect when you're the mood for something light yet juicy. Candice Blake will leave you smiling throughout.