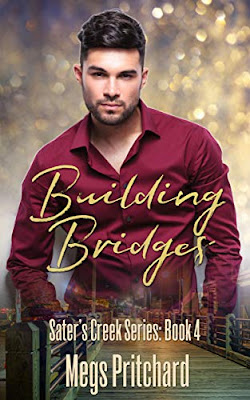 Could Lachlan forgive Elias for all the hurt he'd caused him?Lachlan Doyle loved his life. After ending a disastrous relationship where his ex ran up debt and left him to pay for it the last thing he wanted was a man in his life. Until he met, Elias, the school bully who had made Lachlan’s life hell.When Elias apologizes and admits he’s gay, Lachlan responds with a punch to the face. No way was he letting the man who bullied him every day get away with a simple apology.Elias was gay. Had always been gay but his parents hated gays with a passion. Forced to hide his true nature, he’d resorted to bullying the out and proud gay at high school, Lachlan, who he’d secretly wanted.Now he was older and maybe wiser, he was done hiding who he was and who he loved. He wanted Lachlan and he was going to get him. Only one person stood in his way. Lachlan Doyle.Could Elias right the wrongs of his past? Did he have a chance to prove to Lachlan that he meant what he said? And could Elias convince Lachlan that he wanted a life with him in it?

This is an enemies to lovers gay romance, with meddling family who will say anything, and some seriously hot loving!

If you enjoy an enemies to lovers romance, you need to read Meg Pritchard's Building Bridges, the fourth book in the Sater's Creek series.

Elias and Lachlan are just not enemies; Elias was Lachlan's bully in high school. Elias is back in his hometown after leaving the Navy. He's always been closeted as a result of his father's homophobia. Lachlan, who's has been screwed over by his ex, is now face to face with his main enemy.

What follows is an emotional journey for these men, as explanations are made, but fear rules Lachan's life. Their story is complicated, full of past wrongs and backstabbing. Their story includes frustration, apologies, and forgiveness. And, yes, it includes some hot sex.


Ultimately, it's a story of moving on and accepting that people change. Watching Elias find himself, as well as his truth and strength in the Navy is inspirational, yet also bittersweet.

The small town feel is well established, but it's the amazing group of friends and family which makes it fabulous. I love getting more of Keegan, as he's the cutest kid. And, omg, Brad and Reece's parents and their love of sex toys is hysterical. They alone are a good reason to read this book.

Building Bridges is a wonderful continuation of the Sater's Creek series. It's easily read as a standalone, but I highly recommend reading those too, as they are all fantastic. In this one, Megs Pritchard excels in her illustration of internalized homophobia and the effects it has on everyone. This book is definitely a great read.