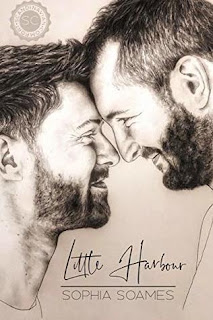 This is a story about life and death, because there was never anyone else for Jens. He had been with Sofie almost all his life, from the day they met at school when they were fifteen, until the day she took her final breath against his chest. She was always everything to him. As he was to her. He never doubted that. Not for a minute.
This is an adventure of hope, where Axel Kleve keeps himself too busy to even stop and think. Work, sleep, eat, repeat. He loves his job as a Midwife at Oslo’s University Hospital, He’s good at lecturing and training, and now he has somehow been pushed into running “Ask Axel”, a midwifery blog on PNN.no, the parenting-site everyone in Norway trusts.
This is a tale of second chances. Jens, he doesn't let himself think of Axel. He doesn't think of Axel at
all. And Axel needs to stop longing for that one crush he’s never been able to leave behind. It’s just plain ridiculous. He should have got over Jens Sommerfeldt years ago.
A M/M novel full of love and family life, featuring a hord of feral children, a stolen pram, a Midwifery blog and an ill advised stint on TV. Oh yes, and a man who had lost hope and another who never gave it up.

It's long, but it's well worth the read. The writing style is strange for me though. Maybe that's a common writing style in Norway. No clue. But it's not something I'm not used to reading. But the story is wonderful and the development is superb.

Tens has lost wife and is left angry. Since she died, he's been living in a fog, lost in his pain and struggles.

After twenty years, he's reunited with his ex boyfriend, Axel. Ends up that they're still madly, deeply, and passionately in love. Meeting again feels so right, so perfect, so meant to be. They instantly reconnect and start entwining their lives.

Their relationship is inspiring, all-consuming. It's a whirlwind, total chaos, and out of control. Everything happens so quickly, but it makes Jens smile, laugh and he's happy again.

Axel's relationship with Melana is hysterical, as her banter is non-stop, and she's open and strong. The pram scene is hysterical and Jens mother is sure to keep you entertained.

Little Harbour is an extraordinary second chance romance. It's a stunning story of love and family, as well as friendship. It's a story of moving forward and finding love after a loss and grieving. A house that was previously grieving now can move forward as a family, full of love and strength. I highly recommend this heart-felt romance.