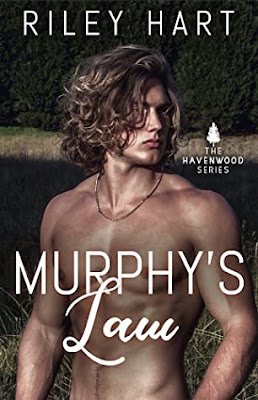 LawsonWe were eighteen when I met Remington Monroe. I’d never seen anyone like him. He got onstage at the coffeehouse, armed with a guitar and corny jokes…but unable to hide his lonely eyes. When he sang, I was entranced. When we spent the night talking together, I knew my world would never be the same.RemingtonMusic was my only passion until I met Lawson Grant. Our secret nights together, laughing and loving, were my anchor. My dreams of becoming a musician came true because of him, but in the process of achieving them, I lost Law.Still, I never stopped missing him. When I can’t stay away any longer, I find myself in Havenwood, Law’s hometown. He isn’t exactly thrilled to see me, and I can’t say I blame him. But our connection is too powerful to be tamed, and soon we’re in over our heads again.Our feelings for each other have never been in doubt, but we have a lot riding against us. I’m not out, my manager is giving me trouble, my family needs me, and my anxiety is worse than ever. Law’s there for me with his love, support, and a group of friends who accept me into the fold. But he can’t be a secret forever, and I can’t lose him again—even if it means risking it all and jeopardizing what’s always defined me—my music.

Lawson and Remy. Swoon. The night that they meet is extraordinary, leaving me madly in love with their connection. As the story progresses, the author alternates between past and present to slowly reveal their history.

Lawson's a small town man, who has always kept his bisexuality a secret. When his ex boyfriend, Remy appears in town, the emotions come out. He's always been effected by his family, who have certain expectations for him.

From the start, I love Lawson. He's clearly broken hearted after walking away from his ex. Unable to live as a second choice to Remy's career, he is still angry, and frustrated by their past.

As for Remy, he's an outstanding character, completely lovable and sympathetic. He's a closeted, famous musician, who struggles with who he is. His whole life is centered around a career which is horrific for someone with social anxiety. It's painful to read about his issues with being in the public.
And then there's the troubling relationship with his family.

Good lord, this story is heavy at times, as the author delves into some series issues. Anxiety, social anxiety, and resulting panic attacks are extremely well explored. I applaud the author for the way these issues are developed throughout.

The title's meaning is beautiful. I may have actually swooned when I discovered it's meaning. Just perfect! Prior to this, I kept wondering where the title fit. Don't worry, it does and it's superb!

Adding to the fun are the continued involvement of amazing secondary characters. I love series like this where previous characters never go away. The sense of family among these men is fabulous! I can't wait to read more of them.

Murphy's Law is classic Riley Hart. The characters are wonderfully complex, and the storyline is as riveting as it is emotional. Best of all, the tone is soothing and comforting throughout this second chance romance. Just read this book next time for looking for some stellar character growth.