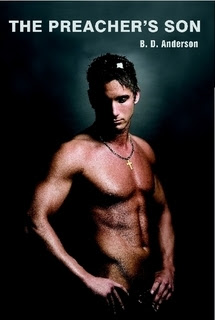 Jeremy Ferguson is caught between two worlds...the conservative, faith based expectations of his Southern preacher father and his own ambitions to live the life of a model in New York City.Aura Vanderleigh is similarly trapped by her own battle for self respect, her own family's expectations, and her dreams of finding love. As a plus sized woman she's been indoctrinated with the belief that she doesn't deserve love, let alone the love of a beautiful white man. She is surprised and intrigued when Jeremy shows up at her church one day. And fate has something wonderful in store: true love!When Jeremy returns home with Aura, neither is prepared for the backlash. Will Jeremy's family be able to set aside their prejudices and accept their sons's choice for a mate? Can Aura's family and friends learn to embrace her choice and believe that she deserves the love of such an extremely handsome and sexy man like Jeremy? Can they inspire compassion and tolerance in those who would tear them apart?

The Preacher's Son is a riveting romance by BD Anderson. Right away, I knew this would be a 5 star book for me. I immediately feel in love with Jeremy and his struggles, as well as the writing style.

Jeremy's a model in NY, but his family is conservative. His father doesn't approve of his profession, and certainly wouldn't approve of his sexuality. At the same time, his girlfriend Aura is battling her own demons with her family.

This story is full of a father preaching homophobia and racism, and a couple who struggle to make people accept them. This is a story of not following the path your father expects from you, and not having your relationship or career accepted by your father. And, at it's heart, it's about the relationship between a father and a son.

I was certainly maddened at all the racism and other judgements they face, so be warned.

The Preacher's Son is a compelling read. Everything about this book appeals to me, leaving me unable to put it down.