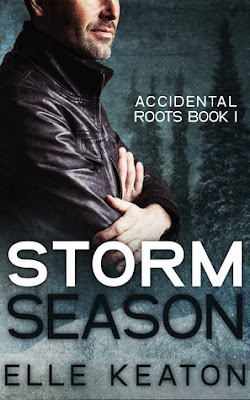 They say you can’t go home again, Adam Klay doesn’t intend to until the death of his father, a famous artist, forces his return to Skagit, Washington. Cleaning up his father’s chaotic life was never on Adam’s bucket list. Worse, Adam finds himself inexplicably drawn to the elusive, terminally-clumsy, gorgeous, Micah Ryan. No way is he getting involved with someone from his hometown; he’s always insisted the best view of Skagit was in his rearview mirror.
Micah Ryan has been coasting on auto-pilot since his family was killed in a car accident a decade earlier. He runs a web business and has an irritable cat. He hardly leaves his house, unless it is for his afternoon espresso. His world tips upside down when Adam Klay rolls into town. For the first time in years, he feels alive. Unfortunately, Micah’s return to the living has been noticed and is not appreciated.
Someone has a secret. Someone is exploiting the vulnerable youth population in Skagit. Teenagers are disappearing, young women turning up dead, the dirty secrets of Skagit are surfacing.

Storm Season, the first book in Elle Keaton's Accidental Roots series is fun with a whole lot of twists and turns. Action packed, it's full of surprises and discoveries as well as murders.

I enjoyed the writing, as well as all the snark and banter. The small town feel is written well, and pulls you into the story. Told in dual pov, this is a fun romance packed with mystery.


Adam's FBI agent who's back intown after the death of his father. Micah, meanwhile, is utterly alone and still grieving the loss of his family. These are two men who help each other and make a fantastic couple.

There's plenty of hot sex among all the mysteries and all the danger. If you haven't read this book yet, get it and enjoy.

Storm Season's a thrilling story of two men dealing with their pasts and starting to live again. Elle Keaton has me hooked already on this series.