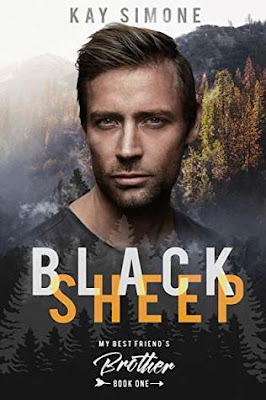 “How the hell did I manage to sleep with my best friend’s long-lost brother?”***In the heart of the Sierra Nevadas lies the picturesque town of Cheshire, California—a blip on the map, on the way to somewhere nicer. The once-thriving Cheshire is home to a tight-knit group of locals who now struggle to survive on tourism from season to season.Andy Blair left Cheshire 19 years ago, addicted to opiates and in search of a new beginning. After relapses, detoxes, and even jail time, Andy found the stability and sobriety he was looking for halfway across the country with a new identity: Otto.But when Otto gets word that his father back in Cheshire is terminally ill and his mother and brother are struggling to keep the family inn afloat, he knows that it’s time to swallow his pride and go home.Even if he hasn’t talked to his family in almost two decades.***When Cheshire-native Mikey left his foster family to find his passion in New York City, he changed his childish first name and imagined he was saying goodbye to Cheshire forever. But Mikey—Reese—was never cut out for New York. The city chewed him up and spat him out, and Reese was forced to return home where his best friend still resented Reese for leaving.“You left me just like Andy. Everyone leaves...”Now it’s been two years since he’s been back, and Reese runs Cheshire’s only general store, gas station, post office, bar, and grill—all in one little building. He’s painstakingly mended his friendship with his best friend, and even after the recent death of his foster father, Reese feels like part of a family again.Reese figures that life has nothing exciting left in store for him.Then his best friend’s brother walks into Reese’s bar.***Nineteen years ago, Mikey and Andy were as good as brothers. But now, Reese and Otto have more catching up to do than either of them realized. After a chance encounter in which neither man recognizes the other, the two must navigate the wreckage of a struggling family, a brother who can’t forgive, and the reality of life in an isolated town in the mountains.***Black Sheep is the first book in the three-book series, My Best Friend’s Brother. It has a happy-for-now ending, but is NOT self-contained. This slow burn starts out with a bang and delivers content meant for adult audiences. Black Sheep contains frank discussions about drug use and recovery.

Otto's back in town after years, and immediately has a one night stand with Reese. The twist? They knew each other back when Otto was still known as Andy, but don't recognize one another.

Now, Otto's back, trying to make up for has past and attempting to rebuild his life. The chemistry between Otto and Reese is fantastic, as is their journey of getting to know each other again, as they are both very different from the young men they once were.

Their romance is a second chance romance with an age difference. Reese's best friend is Otto's younger brother who's not so quick to forgive his brother for running away in the past. The feelings are intense, as they deal with a lot of regrets and even more wasted time.

Otto's relationship with his family is full of issues, but he's trying to make amends. Once we learn of Otto's backstory, the reader can't help but to root for Otto, both with his family, with Reese, and in general. He made bad choices, but he's admitting his mistakes and making apologies.

In all, this is a beautiful story of the struggle to forgive. The dichotomy between the people's thoughts on forgiveness is well explored and well developed.

It is definitely long, leaving me preferring it to be a little shorter, with less descriptions. But that's my only complaint.


I appreciate the way the author handles the addiction. It felt realistic, and didn't gloss over the process of recovery.

Family is another big aspect of this story, both the good and the bad. One had a good family growing up but ruined everything, the other had horrific family problems. It explores the importance of belonging to a family, whether it be biological or not.

Black Sheep is wonderful emotional tale of redemption. Kay Simone gifted us with two fantastic characters and a touching story. Starting with pain and hurt, and ending in love and forgiveness, it's a long journey towards their promising ending.