Lost in the Mind (In the Mind, #2) by Alice Winters 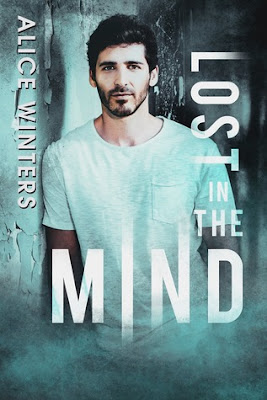 After the last incident—which involved a serial killer—Chevy and Seneca are considering puppy wrangling as a new, safer profession than psychic detective work. Honestly, Seneca would prefer to focus on his new relationship with Chevy, even if he’s worried about the menacing countdown calendar leading to Chevy’s birthday. But when homicide requests some assistance from them, they have no idea what they’re getting into. And if they’d known what would happen, they definitely would have gone with the puppy wrangling. When an elderly couple is found dead in their own home, Chevy and Seneca are pulled into the case. But what’s unusual is that it appears neither of them were killed; instead, they simply stopped existing. Even with Chevy’s ability to go into the memories of the victims, he’s unable to tell what happened to the seemingly normal couple. That is, until it happens again. This time, the victims are found alive, all of them kneeling and staring at a blank wall as if hypnotized by it. It’s up to Chevy and Seneca to figure out what is drawing these people and who might be manipulating them. But when Seneca begins to act strangely, Chevy becomes concerned that he might also be affected by what is controlling the others. Chevy will do anything to keep the man he loves safe and as far from “The Light” as he can. But is it too late? Lost in the Mind is 94k words of banter, the strangest salad ever, and the strengthening of a bond (especially after Chevy’s birthday). This book follows the events of Within the Mind but focuses on a new case.

Seneca and Chevy are back in Alice Winters' Lost in the Mind and the hilarity starts immediately. Their banter is truly the best and I couldn't stop laughing.

I love this series and this book. I could read this over and over again and never stop enjoying every single second of it. The sexual innuendos are non-stop and absolutely delightful.

As for the mystery, Seneca and Chevy once again are working together trying to solve murders. The suspense is unique and will keep you invested.

Alice Winters excels in developing and maintaining superb banter. I'd be hard-pressed to find someone better at this aspect of writing. So many scenes had me laughing so hard I was nearly in tears. Omg, the log scene. Just non-stop laughs. The ranch dressing conversation. Tears.

Basically, if you like non-stop laughs, with outstanding banter, read Lost in the Mind. You'll be kept entertained, while being invested in a great mystery/romance.