As You Wish (Shatterproof Bond #1) by Isobel Starling 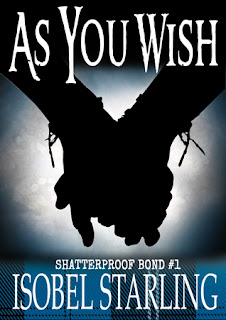 One wedding, two best men, one hell of a love story!Declan Ramsay's brother Oliver was marrying Annabelle Aiken at a fairy tale castle on the banks of Loch Ness in Scotland. The bride and groom decided, so that he didn't feel left out, that Annabelle's gay younger brother could share the best man duties with Declan.Declan had never met the kid who was to be his joint best man. Sam Aiken was abroad, working as an interpreter and finishing his studies. He wouldn't meet Declan until a few days before the wedding, so the best men communicated and planned their speech by email for more than a year. But on meeting Sam Aiken, Declan is surprised to realize the kid isn't a kid at all, but a tall, blond and athletic young man. Declan is sure he's straight, so he's alarmed by the ferocious attraction he feels for Sam. And as the attraction is reciprocated, the events at Dunloch Castle change everything Declan has ever believed about himself. But, is Samuel Aiken all that he appears to be?


Isobel Starling's As You Wish, is the first book in her Shatterproof Bond series. I love this GFY book.

Sam and Declan meet when they're in a wedding together. They definitely didn't start of as friends, but soon they're in bed together. They make a great couple, full of banter and sweet common interests. They're just perfect together, as friends and lovers. The first time gay sex moments are fantastic.

The writing's phenomenal with a compelling storyline, wonderful characters, and so much humor. It's an absolute delight to read some of funny moments, as they're downright hysterical.

Their relationship is impeded by homophobia and a controlling father, making for some good angst.

Overall, As You Wish is a wonderful tale of meeting a man you just can't resist,
who isn't free to be in a relationship. It's a story of falling so deeply in love that you'll keep faith and keep waiting. Isobel Starling excels in this beautiful story of choosing love.