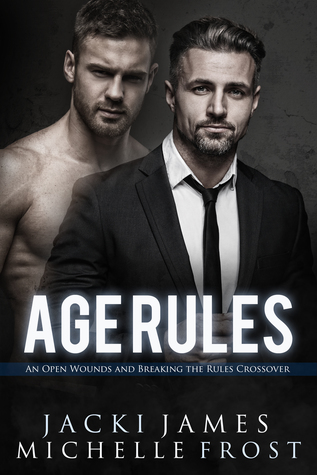 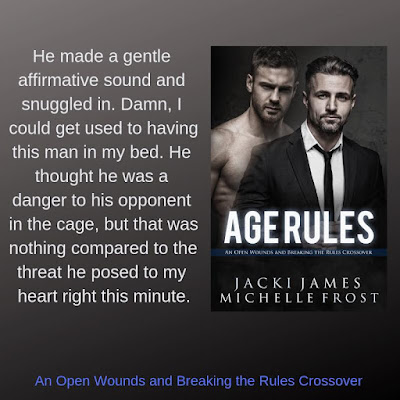 After spending twenty years serving in the US Navy while Don’t Ask Don’t Tell was in effect, Darren Davis is unapologetically out and proud. He knows exactly what he wants in a relationship, and up and coming MMA star Andre Harrison isn’t it. He’s too young, his time in Austin is too fleeting, and he’s definitely way too far in the closet. All Darren has to do is convince his traitorous heart that Andre isn’t the man for him. It’s true what they say, one phone call really can change your life. Rushing home to Austin when his former hockey star father has a heart attack puts Andre Harrison on a path he hadn’t allowed himself to imagine. Between trying to mend his father’s health, keeping his MMA training on schedule, and hiding his growing attraction for hospital President Darren Davis, he finds himself succeeding on all counts except one. Try as he might, he can’t deny the connection he feels with the sexy silver fox, and wonders if something real could grow between them if they’d only break their own rules and give their feelings a fighting chance. 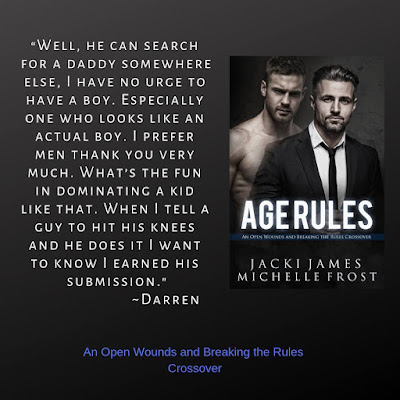 
Gripping from the start, Age Rules is a fantastic crossover book written by Michelle Frost and Jacki James.

Andre's a MMA fighter who's closeted due to his career. His famous father is one who constantly reminds him of the importance of being discreet with his sexuality. I always enjoy a good closeted athlete romance, and this one certainly doesn't disappoint.

Meeting Darren, Andre can't resist the older man who also has his eyes on the handsome fighter. Both can only resist so long. Their romance starts as a short-term sexual relationship, but soon they become more involved than they ever expected. I love the way the authors handle this.

The sex is definitely hot, including some bondage and control scenes, which by the way is sweet and emotional. It was more than I could have hoped for with the emotion of the bondage scene.

The angst is wonderfully developed, natural, and certainly realistic. With angst over the age difference, as well as the closeted status, both are important and relevant issues that are splendidly explored.

One surprise aspect of this tale I enjoyed thoroughly is the father/son relationship between Andre and his father. I don't want to give anything away, but it's realistic and wonderfully developed. It made me angry, sad, worried, and more.

Andre and Darren's relationship involves facing one's fears, re-evaluating one's values, and deciding if one can live their truth. There's angst, romance, and great friends, in addition to the hot sex scenes.

If you enjoy MMA stories, or age gap romances, definitely check out Age Rules. The writing is great, as I'd expect from Michelle Frost and Jacki James. For a co-written book they perfectly blended their series and writing styles. It is definitely going on my re-read list. 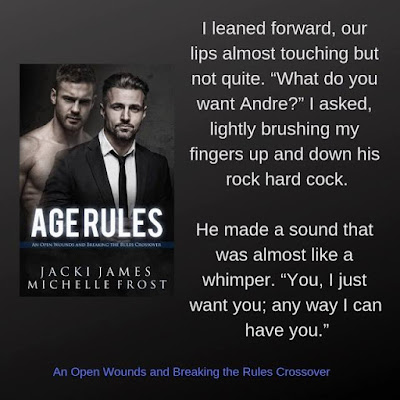 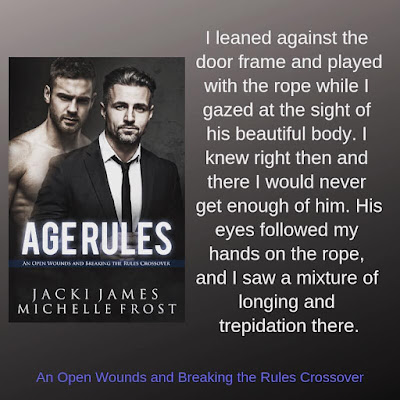