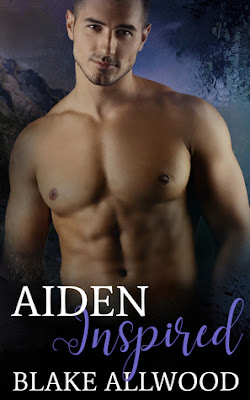 Aiden Fisher does well as a New York artist. In fact, he’s known among the art elite for being the man to watch. That doesn’t keep his critics from arguing that his work lacks personality or emotion. Of course, his life doesn’t have much of that either. While perusing a dating site that connects urban gay men to their rural counterparts, Aiden comes across a profile of a Washington state rancher. The silhouetted picture and matter-of-fact language trigger his inspiration and spin him into a creative journey that ends with a collection that surpasses perfection. After his collection sells to a prestigious buyer, Aiden feels he has no choice but to meet and thank his muse. Little does he know the journey to the rugged mountains of Southeast Washington could change his life forever.Devin Pearce is tall, built and remarkably handsome, all of which is accentuated with the personality of an angry bear. When he first comes upon Aiden, he can’t see past his anger -- this stranger is here because his nosy housekeeper set up that damned profile. But Aiden isn’t a typical stranger, not only does this man have the looks but he has a work ethic Devin has seldom seen in another man. Sure, Devin wants love, but experience has taught him to be leery. Can he trust his instinct that Aiden is an extraordinary person, or will he let the tragedy of past relationships get in his way?The fire between them burns hot, but they are truly opposites. Only the fates know if they are brave enough to overcome their differences and build the relationship they both dream of.


An artist and a rancher? Yes please! Blake Allwood's Aidan Inspired is an compelling and entertaining insta-love romance.

Aiden and Devin meet in the most unusual of ways. They get off to a bad start, but soon they're giving in to the strong chemistry between them. Their romance includes some misconceptions, complications, and some sizzling moments.

I like both men, as both have changed tremendously during their lives. Both have been city men, and both have been farm men. It's an interesting thing to connect them and see how much they've both changed.

Aiden Inspired is fast paced, with two fun main characters, along with some entertaining side characters. It's definitely a fun book, and I look forward to seeing what else this debut author comes up with.