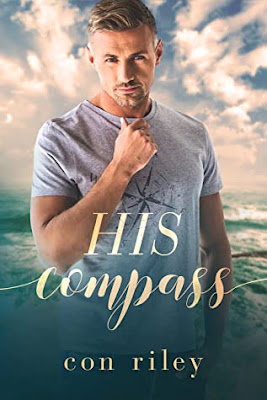 Tom has one rule: don’t sleep with the crew. A second chance with a younger, gorgeous deckhand tempts him to break it.After a busy season as a charter-hire skipper, Tom yearns for some downtime. His lonely heart also aches for adventure with someone special, but paying his bills has to come first. A surprise sailing contract and huge bonus offer his first glimpse of freedom for years. There’s only one catch: he must crew with Nick, a deckhand who jumped ship once already.Nick’s as young and untested as the new yacht they’re contracted to sail, and he’s just as gorgeous. Forced to spend a month as Nick's captain, Tom discovers depths he hadn’t noticed. He’s captivated, and happier sailing with Nick than he’s been in forever. However, their voyage is finite, and both men keep soul-deep secrets.As the contract draws to an end, they must get honest about what’s in their hearts if they want to share a life at sea, and love, forever.Featuring an age gap that’s only a number, forced proximity that makes hiding attraction impossible, and a yacht that’s nothing but trouble, His Compass is the second novel in the His Contemporary MM Romance series from Con Riley.♥ This shared-world series starts with His Horizon, but each book follows a different couple, and can be enjoyed as a standalone novel complete with a fulfilling happily ever after. ♥

My Rating - 4.5 Stars!
His Compass, the second book in the His series by Con Riley, is a beautiful, tender story.
Tom lives a life on the water; a life working to provide for his brother. But when he ends up with Nick as a deck hand, the tension is there, as he can't trust Nick.
Tom had given up on love, and sticks to his rule of not getting involved with a crew member. Nick, meanwhile, ends up being a huge surprise and complication.
Their story is full of heart and the two work well together.
The age gap is well explored, as these men are complete opposites, with one still young, and the other having a lifetime of experiences behind him.
As for the refugee element, wow. The author deals with some seriously sad circumstances, with a touch of caring and inspiration involved. I am impressed with this aspect.
I love visiting The Haven again and seeing the family side of things there. Justin's addition to the story is full of heart. It's both heartbreaking, yet beautiful.
The writing style is on the slow side, so I definitely need to be in the right mood to read this kind of story. But it's well worth it.
His Compass is a stellar read.  This Con Riley romance is compelling, precious, and unique. I highly recommend this one when you're in the mood for a slow paced story.