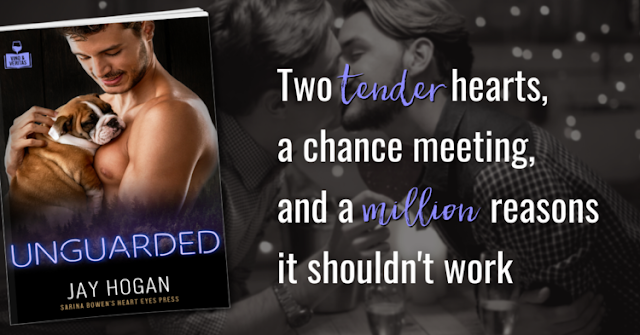 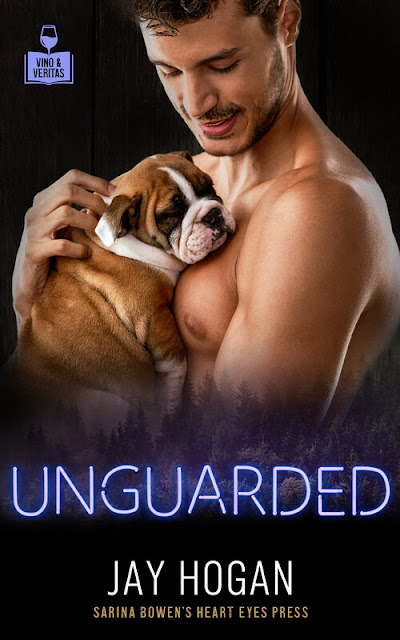 All the link in one spot

I fled Boston and my cheating jerk of an ex with three hundred dollars and a lip gloss in my pocket. Waking up the next day in Burlington, Vermont, with a crick in my back and a frozen ass wasn’t exactly in the plan. If there was one. Which there wasn’t. Story of my life.

Three hours later and I’ve been hired as temporary help in the local veterinary and grooming clinic, which is kind of impressive since I know zip about animals and even less about grooming. But one thing I do know—I’m crushing hard on the sexy, absent-minded vet I work for.

My life is a hot mess. The last thing I need is another relationship. Emmett pushes all my buttons, but he isn’t out. He's overwhelmed with a business to run and a son to look after and the kind of domestic life I never thought I wanted.

I should walk away.

But Emmett believes in me, and I might just be starting to believe in myself. As different as we are, is it possible we're exactly what the other needs? 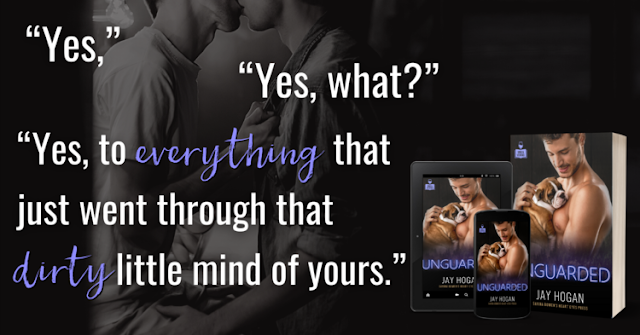 My Rating - 4.5 Stars!
Unguarded is Jay Hogan's contribution to the multi-author Vino & Veritas series. It's a wonderful addition to this small town world.
Tai and Emmett make a for a great couple, and I enjoy the way everything unfolds for these two. They're both a little bit broken and in need of healing. Their backgrounds are well developed, helping to fully establish this.
Their story is one with an instant attraction, intense feelings, and a lot of personal conflict. Everything happens over a short time period, but is still relatively slow in the development. They are simply amazing together and I enjoy every moment of their journey towards love, acceptance, and healing.
Emmett's raising his son solo since his wife passed away. He's a closeted bisexual man who's struggles with coming out are a leading factor in his journey.
Tai, Oh sweet Tai. Still reeling from his abusive ex, he's struggling to be independent and not fall into a dependent relationship again. He's an intriguing character who shines despite all he's gone through.
Their story includes plenty of doubts and fears, as well as sass and banter. The slow burn build up is fabulous, with plenty of built up sexual tension.
Their story also includes some heartwarming animal scenes, as Emmett is a vet. I adore the way his patients are included in this tale.
Unguarded is a wonderful story. This Jay Hogan romance had me turning the pages quickly, as I enjoy every moment with these men. It's a great mix of light hearted fun and just the right amount of light angst. 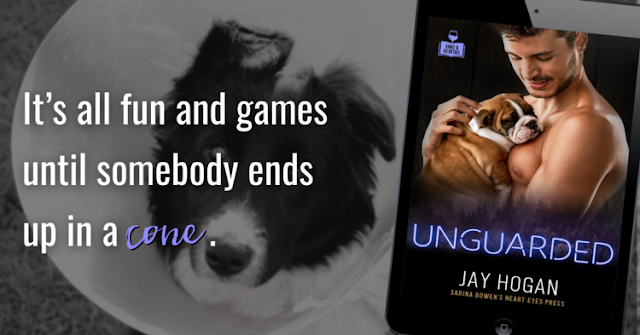 The final client of the morning was a grumbling, overweight Pekingese cross named Charles, with an attitude to rival Genghis Khan and an owner who refused to come in with her dog because she didn’t want the nippy little demon to associate her with any discomfort.

Under instruction from Ivy, Tai had the growling, muzzled dog wrapped in a towel and pinioned against his stomach, his expression caught somewhere between are-you-fucking-kidding-me and abject terror.

I swallowed a laugh. “I believe those were my exact words.”

His gaze flicked down to the squirming dog, then back up. “Do I even want to ask why?”

“Oh. My. God.” Tai rolled his eyes dramatically. “I think I dated a guy like that once.”

Ivy snorted while I grappled with an influx of images involving Tai with another guy and that whole territorial marking thing. I snapped the second glove on my wrist like an elastic band, hoping the pain might shock some sense into me.

Tai got his freak under control and tucked Charles firmly back against his stomach. It was the first time I’d ever been jealous of the mutt.

“I know I’m going to regret asking this,” he said, wrinkling his nose. “But what happens when things don’t get expressed, on the whole anal-gland front? And I can’t believe I just said that.”

“Welcome to my world.” Ivy appeared from the supply room.

I caught Tai’s eye and waggled my eyebrows. He was hella fun to tease. “I’m so glad you asked that question. If they don’t get expressed naturally, not helped by poor diet and excess weight, then the glands can block and get smelly and painful. They can even form an abscess that can burst onto the skin.”

Tai’s mouth dropped open in horror. “Holy crap. And also—another date of mine.”

I gave a strangled laugh and realized I hadn’t had so much fun at work since . . . well yeah, it had been a while.

“Damn, that’s disgusting. The poor thing.” Tai lifted Charles to smooch him safely around the back of his ears. “We need to talk about your diet young man,” he cooed to the dog who, miracle of miracles, appeared to calm. “Fiber is the key, plus plenty of water and attention to timing. Clean, screened, and fit for a queen.” He glanced up with a wicked grin. “Right, Mr. Vet?”

Ivy coughed loudly, while every semi-functioning neuron in my body focused on only one thing that shall not be mentioned.

Ivy joined us at the table. “Okay, you two. Let’s get this done so I can spritz the room. Keep a firm grip,” she told Tai.

His eyes widened. “This is going to smell worse than I thought, isn’t it?”

She wrinkled her nose. “Think fishy.”

Tai got a tight hold on the wriggling dog. “Huh? Not my first guess. Okay, I’m ready. I have to say, it feels a little like an initiation.”

I flashed him an encouraging smile. “You’ll be fine. Now hold that tail up.” As soon as the words left my mouth, I knew, and sure enough—

He snorted. “Not the first time I’ve been told that.”

“Whoa.” He gave a long blink and jerked his head around and out of the way. “Ewww, Charles. That’s some nasty shit right there.”

I grinned from ear to ear, pretty much as I had from the minute Tai had walked into my clinic. I was so fucked. 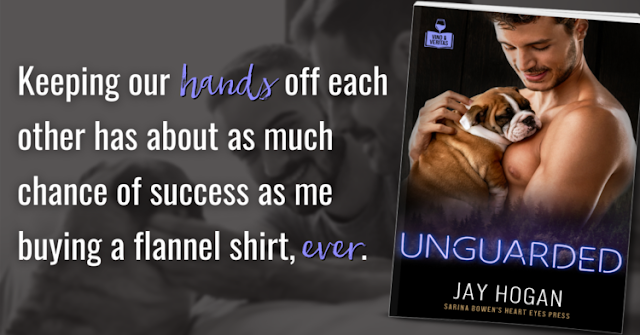