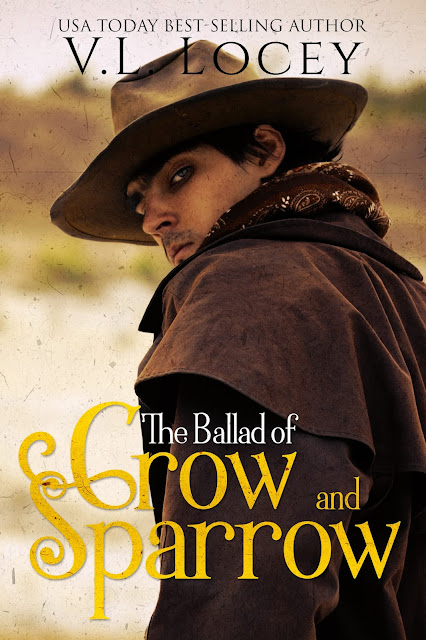 Sometimes a man’s biggest blunder can turn into his greatest triumph.

Orphaned at fourteen, Crow Poulin now has to hunt and trap the White Mountains of Arizona, as his father had taught him, all alone. It’s a lonely existence, until one morning, while checking his trap line, Crow finds more than a rabbit in a snare. He stumbles across the outlaw Jack Wittington lying half dead in the wilds. He takes the wanted man in, heals him, and in return for saving his life, the smooth-talking criminal invites Crow to join his family. Starved for human interaction and a father figure, Crow leaves the mountains behind for what he assumes will be a brighter future.

Six years pass. Crow is now a man, as well as a member of the Wittington Gang. He may be considered an outlaw, but his father’s morals are warring loudly with the lifestyle of his adopted family. When the gang decides to rob a train, Crow has no choice but to go along to keep a tight rein on the more bloodthirsty members. It doesn’t take long for the scheme to go horribly astray.

Instead of gold-filled coffers, the gang finds Spencer Haughton, son of cattle baron and railroad tycoon Woodford Haughton, cowering in the family’s opulent private car. The outlaws grab the sickly heir in hopes of ransoming him off. Things then go from bad to worse for them when the law rides down on the Wittington hideout and Crow is given Spencer to hide until the ransom is paid. The pretty young man is nothing at all like anyone Crow has ever met before. Delicate, refined, well-educated, and possessed of a singing voice to rival the songs of the birds in the trees, Crow slowly finds himself falling for the winsome rich boy. But can two such opposite souls find the love they’re both seeking in each other’s arms?
__________________________________________________________________________

My Rating - 5 Stars!
The Ballad of Crow and Sparrow is a wonderful historical romance by VL Locey.
I love every moment of this tale. Not only is it the first romance I have read with a mixed raced, half Indigenous man, but he falls for a rich, white young man.
Crow's tale is full of heartache and pain. Left alone in the mountains after his father dies, his life changes forever when he helps an injured man.
When he ends up living with outlaws, the details are fascinating. I adore that it's the Indigenous man who wants to do right by people. I absolutely love seeing the author erase stereotypes.
And then he meets Sparrow.
Everything about the two men is fabulous. The way they come together, the circumstances that brings them closer, and everything that develops, is riveting.
I love the mountains and the way the author brings them to life. The two men are alone, dealing with nature and keeping themselves clothed, safe, and fed.
The hesitation that occurs is emotionally written, and easy to feel. The fear that's between them becoming lovers jumps off the pages.
And then, ohhhh, they are hot together.
I love it all.
If you enjoy historical romances, The Ballad of Crow and Sparrow is a must read. VL Locey brings a lot of adventure and heart into this sweet romance.
__________________________________________________________________________

USA Today Bestselling Author V.L. Locey – Penning LGBT hockey romance that skates into sinful pleasures.
V.L. Locey loves worn jeans, yoga, belly laughs, walking, reading and writing lusty tales, Greek mythology, Torchwood and Dr. Who, the New York Rangers, comic books, and coffee. (Not necessarily in that order.) She shares her life with her husband, her daughter, one dog, two cats, a pair of geese, far too many chickens, and two steers.
When not writing spicy romances, she enjoys spending her day with her menagerie in the rolling hills of Pennsylvania with a cup of fresh java in one hand and a steamy romance novel in the other.
Facebook | Facebook Group | Twitter | Instagram | Pinterest 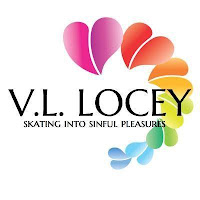